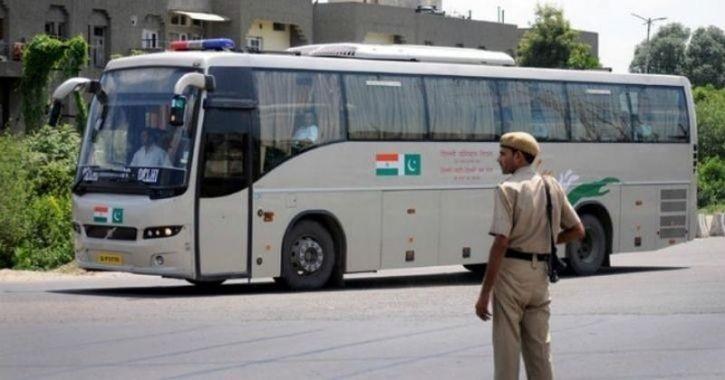 SRINAGAR: The weekly Karvan-e-Aman bus, operating between Srinagar and Muzaffarabad, capital of Pakistan-occupied-Kashmir (PoK), remained suspended since March 4 without any formal announcement from both Pakistan and Indian sides.
Meanwhile, Cross-Line of Control (LoC) trade, which was allegedly used for terror funding by some traders, also remained suspended since March 4.
Families, divided in 1947 due to partition, continue to suffer due to suspension of Karvan-e-Aman bus, which was introduced on April 7, 2005 when India and Pakistan governments agreed to allow travel of
“State Subjects” from both sides of the Line of Control (LoC) of the state. It was also agreed by both the governments that “Travel Permit” will be used for travel instead of International Passport. Permit was being issued after intelligence agencies clear the names of state subjects only. Now when the State Subject has been abolished after scrapping Article 370 and 35 A, besides dividing the state into two Union Territories, the fate of Karvan-e-Aman bus hangs in balance.
After witnessing some ups and downs due to tense situation on the LoC, the bus was finally suspended on March 4 initially because of some repair work of Aman Setu bridge being carried out by PoK administration.
However, later the bus could not be resumed and there was no word from administration from PoK and this side to divided families whether it will be resumed or not.
Before the introduction of the bus, people from Kashmir valley had to travel to Delhi or Wagah in Punjab to enter Pakistan before going to PoK.
Despite opposition by some militant organizations, almost all separatists barring chairman of hardline Hurriyat Conference (HC) Syed Ali Shah Geelani and Democratic Freedom Party (DFP) president Shabir Ahmad Shah travelled in the bus to POK and Pakistan. Almost all the leaders who travelled in the bus to POK are either in jails or under house arrest. Geelani is under house arrest while Shah in Tihar jail, New Delhi in terror funding case.
(AGENCIES)