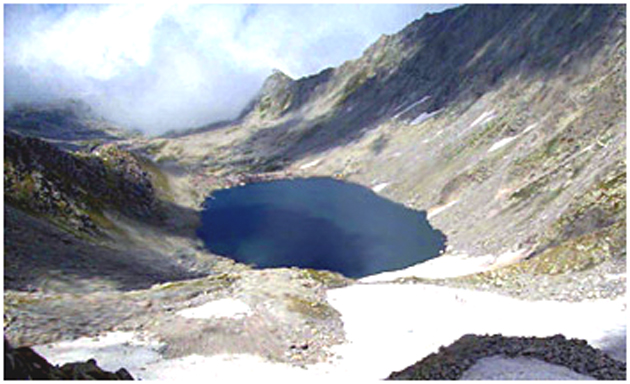 Kailash Yatra is one of famous pilgrimages in erstwhile Doda district.
Every year thousands of pilgrims from districts of Chamba, Kathua, Udhampur, Doda, Jammu and outside states participate in Kailash Yatra which commences on the 14th day after Shravan Purnima. Main yatra starts from Gatha, Bhadarwah. The track from Seoj passes through a spot called as Shank Padar & Ramtund which are known for its religious legends called ‘SHAGARAN’ (Two stones which exactly resemble the face of Hanuman). It is a huge stone having a mark and an etched line and it  is believed to be the spot where the fleeing Vaski Naag’ wept while taking rest on the said stone. The Yatra on its way to Kailash is joined by a number of yatras, besides yatras from Chamba and Duggan .
Kailash Yatra or Kablas Yatra as it is called in the local Bhaderwahi language  starts every year in late August or early September.
Kailash Yatra starts from Vasuki Nag Temple Gatha Bhadarwah and passes through Lakshmi Narayan Temple towards Kailash Kund.
“According to a legend, Lord Vasuki Nag had come from somewhere outside. At Gatha, a poor and old woman of Diaden families was living in a hut. She had a cow which was giving 4-5kg of milk daily. This cow was the only means of her living. Suddenly this cow stopped giving  milk. This continued for at least 10 days. The old lady became very worried so she hid behind a tree. Suddenly  she saw  a man who changed into a big snake  and started sucking milk from the cow. After some time, the snake disappeared. This shocked the woman. She returned home and became unconscious. That night she saw a dream. The man who had turned in to a big snake came into her dream. The man said that he was Vasuki Nag. He said that the place of Gatha had fascinated him. He asked her to make a temple for him at the place. In the morning, she told the villagers about it. The villagers gathered and decided to build a temple for Vasuki Nag there. This temple is at Gatha Bhadarwah . The temple is 2062 years old  and the Diaden family are the pujaris.
The yatra proceeds further on the same route, which, as per legend, was adopted by Shri Vasukinagji to reach Kailash Kund at the time when Garudji challenged him to a fight. Instead of fighting  Garudh ji, Shri Vasuki Nag Ji ran away to avoid the fight to keep Garudh’s promise which he had made to his mother.
“It is also believed that when Shri Vasuki Naag Ji reached Shankh Padhar he threw his shunkh to get water out of the land for quenching his thirst that is why the spot is named as Shankh Padhar. He aslo ate grass which became sweet. Yatris  grass blades from this place on the way to Kailash Kund as prasad. Lord Shiva used to live at Kailash Kund with his family. When Vasuki Naag Ji reached there, he prayed to Lord Shiva. Lord Shiva appeared and promised him that Garud Ji cannot attack him there and his is safe. Lord Shiva also offered Vasuki Naag Ji to live there and himself  left with his family to Manimahesh in Himachal Pradesh.”.
On the way to Kailash Kund, yatris shout religious slogans like “Jai bole Vasuki Naag ki etc… Government and NGOs including some local families organize langers at Seeri Baazar Bhaderwah as well as on the way upto Kailash mountains. Some yatris take with themselves tents for night stay. The yatra passes through Seeri baazar and reaches Nalthi village via Sungli. In the middle of the mountain above Nalthi starts a plain path which yatries cover to reach Hanyieha. It is a charming small plain spot which is believed to have a temple in the past. There is an old spring as well. Here yatries take rest in the night. People of adjoining villages serve langers to the yatris.
The other day at about noon, yatra reaches  “Jiggar Gudh” a small stream in the forest at the base of another hill “Gow Paeda”. It is named so because Shri Vasuki Nag ji had turned into a cow while climbing this hill. (Cow is called Gow in Bhaderwahi).
After  Gow Paeda yatra passes in groups through wild flowers growing over a slope called “Ram Tund”. There is a green valley over the peak, having Gujjar huts.
After this yatra reaches “Gan Thuck” a very beautiful spot with the scenic beauty of “Seojdhar” and adjoining areas. This is the spot where Shri Vasuki Nag ji had converted into a honeybee called “Gan” in Bhaderwahi. while others move on to Kailash Kund for the night. On the way yatra comes across two big stones which have a story attached to them. It is believed that there were two “Dev Kanyas” (Daughters of gods) who were collecting flowers and herbs, but they made fun of Shri Vasuki Nag Ji when he was running deadly tired. Shri Vasuki Nag Ji got annoyed and cursed them to become stones and they are still in the form of stones which were named as “Shagereene” (Herb collectors).
Yatris take bath in the ice cold water of the kund and perform pooja of Lord Shiva and Shri Vasuki Naag Ji. Yatra takes about 2-3 days to complete.
The Tourism Development Authority should pay attention towards the development of the periphery of kailash kund and also develop the route of kailash kund so that more and more pilgrims could visit this sacred place. 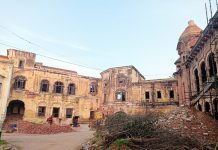 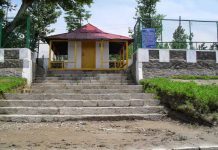 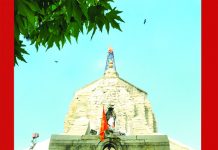 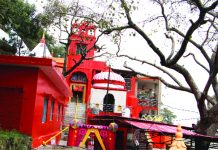 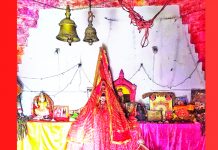 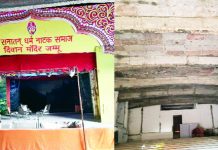 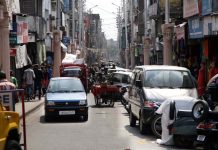 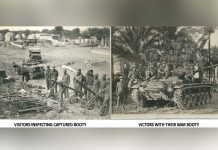 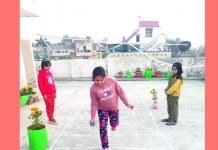