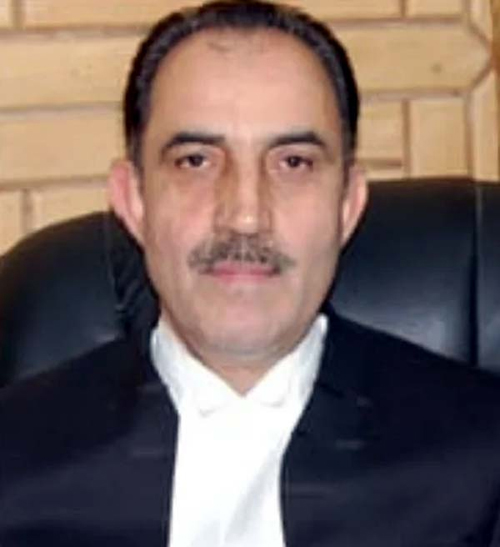 Srinagar, Mar 5: Justice Ali Mohammad Magrey today declined to hear the plea filed by Former Chief Minister and National conference president Dr Farooq Abdullah challenging the attachment of his properties by the Enforcement Department in connection with alleged irregularities in Jammu and Kashmir Cricket Association (JKCA).
Justice Magrey while declining to hear the plea said on confirmation from the records, his court has already declined to hear the Public Interest Litigation pertaining to the JKCA scam issue in 2015. Click here to watch video
Justice Magrey further recorded that another case filed by one Ahsan Mirza against the ED has also been declined to be heard by him in 2019. “In light of the above, the judicial propriety demands the case be listed before some other bench on March 8” , he directed.
Farooq Abdullah has challenged the action of ED on the ground that Prevention of Money Laundering Act (PMLA) under which his properties have been attached evidently deals with the attachment and confiscation of properties and therefore falls within the subject relating to the transfer and acquisition of property as well as the subject relating to Civil Procedure.
Abdullah stated that in absence of the scheduled offence the ED had no authority to attach his ancestral properties under the PMLA.
He added that the proceedings initiated by the ED qua the petitioner on the basis that Section 120-B is the relevant scheduled offence for petitioner are without jurisdiction and violate the petitioner’s right under Article 21.
It is further argued that ED’s failure to adhere to the procedural safeguards under Section 5 of the PMLA, while provisionally attaching the properties and restricting the petitioner’s liberty, has violated his fundamental right under Article 21 of the Constitution.
“ED failed to disclose its reason that ‘proceeds of crime’ amounting to Rs. 15 Crores are available with the petitioner-Abdullah and has replicated allegations in the CBI charge-sheet and termed it as ‘reason to believe’ and has failed to appreciate that the proceedings under the PMLA are independent from the scheduled offence, which has been made evident in the explanations to Section 2 and Section 44 PMLA”, read the plea.
The trial of infamous multi-crore J&K Cricket Association scam against the Abdullah and other accused in the chargesheet filed by the CBI is pending before Special Court designated under Prevention of Money Laundering Act (PMLA).
The investigation of the case was entrusted to CBI by the Division Bench of the High Court with the direction to conclude the investigation into the matter within six months. However, CBI on various occasions moved applications for extension of time from the court in completing the investigation.
Finally, the High Court in February 2018 closed the proceedings in the case after the counsel representing CBI informed the court that the investigation into the alleged scam has been completed and after proper formalities, the challan in this connection was produced before the court of law in the same year.
CBI after thorough investigation into the scam has revealed that as much as 368 Number of documents have been collected from Srinagar police, auditors of JKCA based in Srinagar, JKCA officer Srinagar, BCCI Mumbai, HDFC Bank Mohali Punjab, ICICI Bank Chennai, different branches of J&K Bank located in Srinagar and Jammu and 75 persons, including office bearers of BCCI, JKCA, Banks and private persons related to the case have been examined.
It has emerged during investigation that a total amount of Rs. 1,12,33,04,618 had been paid by the BCCI to JKCA during April 2002 to 31.12.11 as annual grants.
It has also transpired from the investigation that huge amounts have been transferred from the accounts of JKCA to the accounts of different individuals, who were either office bearers of JKCA or having no connection with the JKCA during the relevant period.
CBI has traced those accounts which have been opened clandestinely and operated by the then office bearers of JKCA for siphoning off the funds of JKCA as also money flow chart has been prepared.
In the charge sheet produced by the CBI before the trial court apart from other office bearers of JKCA, the name of National Conference President and the then JK Cricket Association has been mentioned in the challan.
Abdullah who is one of the accused named by CBI in its charge sheet in JKCA multicrore scam presented himself before Chief Judicial Magistrate on previous date and was  granted bail after bail bond was submitted by Nasir Aslam Sogami and was identified by one Tanveer Sadiq with the condition that he shall remain present before the court as and when court feels so.
Abdullah in his plea before the High Court refused that he was involved or beneficiary of the transactions reproduced by the ED and added that there is no money trial to show that any of these ‘proceeds of crime’ amounting to over Rs 45 crore were ever transferred to him and despite the absence of material the ED arbitrarily concluded that Rs 15 crores are proceeds of crime available with the petitioner-Abdullah.