Excelsior Correspondent
JAMMU, Nov 13: The Jammu Municipal Corporation (JMC) and the Jammu Development Authorities (JDA) have totally failed to lift debris from the flooded Nallah piled up on the road near Petrol Pump on main Janipur-Ban Talab Road near Roopnagar in Jammu North.
For the last over two months, many officials of the JMC including Mayor, Deputy Meyor and several Corportors and senior officials besides officers of the JDA and from District Administration must have passed through that area but nobody bothered to notice the problem. At this point near Roopnagar Petrol Pump, massive flood hit thrice during July-August this year. The flood in Nallah forced suspension of vehicular movement for several hours as water level was 2 to 4 ft on the road. The stones and other debris from the Nallah spread all over the road.
Though some portion of the road was later cleared by the authorities with the help of JCB after floods, but a huge heap of stones and the debris from Nallah has been left unattended for the last over two and half months by the `people at the helm of affairs’. The road has also been damaged at this point. It has become narrow and accident prone as well. The R&B Department has also left this portion unrepaired due to neglect on the part of JMC/JDA.
The concerned JMC Corporator and even SDM North concerned, have also turned insensitive to this problem of the people and thousands of other road users on daily basis. This is causing disruption in the free movement of vehicles.
The residents of the area have sought intervention of Deputy Commissioner Jammu and the new Mayor of the JMC, Rajinder Sharma to urgently intervene into the matter and get this road cleared and also ensure immediate repair work at this portion. 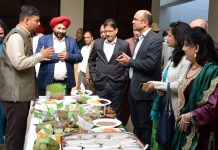 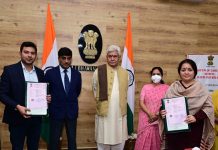 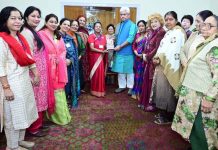 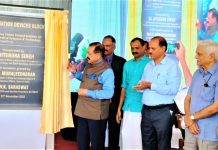 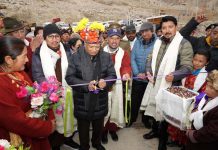