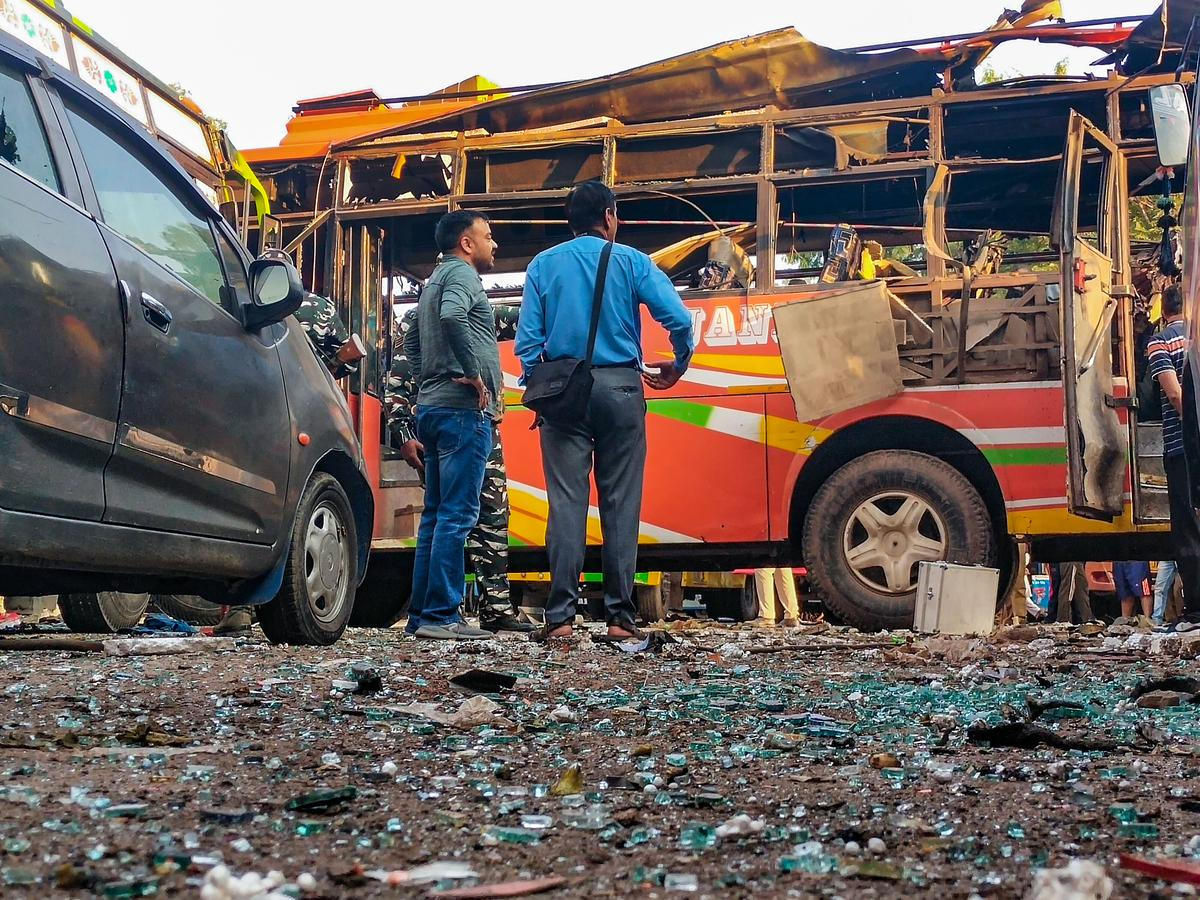 JAMMU, Oct 2: The Jammu and Kashmir Police have apprehended two people, including a surrendered militant, in connection with the twin explosions at Udhampur on the intervening night of Wednesday and Thursday.
Pointing out that a Lashkar-e-Toiba (LeT) link has emerged in connection with the blasts, sources said that the surrendered militant and his associate hail from Basantgarh area in Udhampur district. They have reportedly confessed his involvement in the twin blasts, they added.
The powerful explosions rocked Udhampur town ahead of the three-day visit of Union Home Minister Amit Shah to Jammu and Kashmir. Both the explosions were caused by sticky bombs which, sources said were brought from Kathua district’s Hiranagar area by the surrendered militant. His brother, who was also a militant, had settled in Pakistan after marrying a local girl there, sources said, adding that both were in contact with each other over social media and phone calls.
The apprehended accused had planted both the explosive devices in two different buses plying on the Udhampur-Basantgarh route at Ramnagar bus stand on the evening of Wednesday. The first bomb exploded on Wednesday night and the other during in the early hours of Thursday when the buses were parked at their respective parking spots in Udhampur town. Two people, including a conductor, sustained minor injuries in the first explosion.
The police have also picked up over a dozen suspects for questioning in connection with the explosions. Sources said some arrests are likely to take place soon. (AGENCIES)