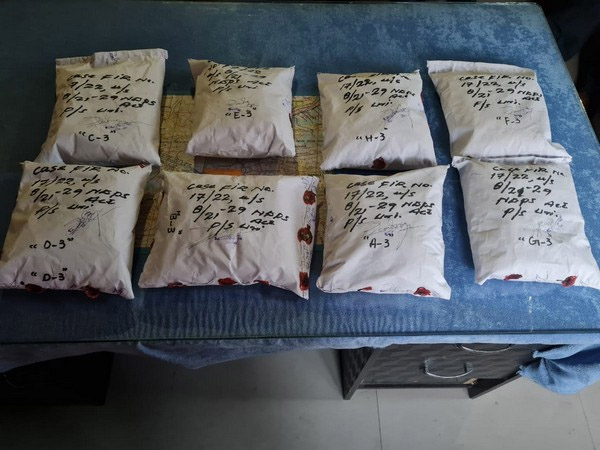 Srinagar, Feb 5: A narco-terror module was on Saturday busted in Baramulla district of Jammu and Kashmir and two people were arrested while contraband worth Rs 18 crore was seized, police said.
A police spokesperson said a police party was patrolling the area from Dachi towards Basgran during which it found two vehicles on a link road towards Dachi in a suspicious condition.
The police moved towards the vehicles and after seeing them, the drivers tried to flee, he said. However, the duo—Mohammad Sabir Barwal, a resident of Jabda Kamalkote Tehsil in Uri and Parvaiz Ahmad Tantray from Reban Rafiabad, Sopore—was apprehended, the spokesperson said.
“Both the vehicles were searched and three packets of contraband apparently, heroin was recovered from one vehicle and five packets from the other. In total, eight packets of contraband weighing about 9 kg were recovered. The cost of the contraband in the black market is about Rs 18 crores,” he said.
During their personal search, mobile phone, a cheque to the tune of Rs 5 lakh and an Aadhaar card was seized from Barwal’s possession, while seven cheques amounting to Rs 9,79,500, two blank cheques, an Aadhaar card, and other documents were seized from Tantray, he said.
A case under relevant sections of the law has been registered and investigation has been taken up, the official said.