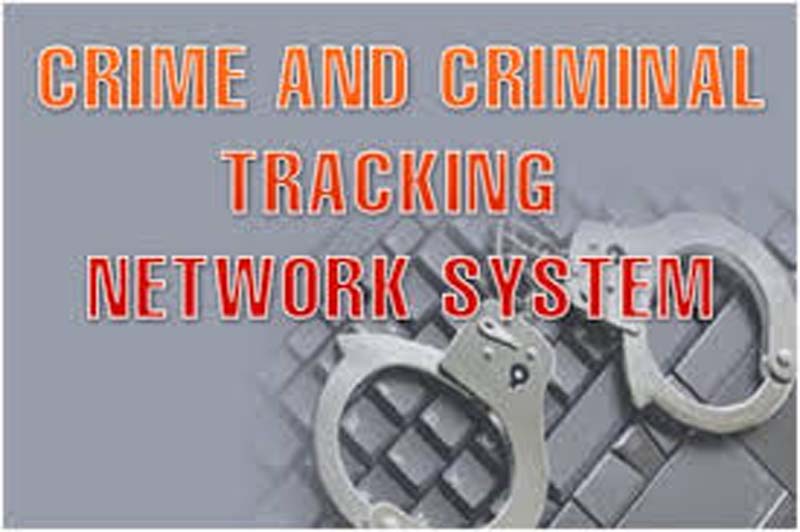 No review of implementation by Apex Committee since 2017

JAMMU, Mar 7: Union Territory of Jammu and Kashmir and Union Territory of Ladakh have failed to declare ‘go-live’ the Crime and Criminal Tracking Network System (CCTNS), a Mission Mode Project under the National e-Governance Plan (NeGP) of the Government of India, even after utilization of 90% funds sanctioned by the Union Government.
The CCTNS is aimed at creating a comprehensive and integrated system for enhancing the efficiency and effectiveness of policing through adopting of principle of e Governance and creation of a nationwide networking infrastructure for evolution of IT-enabled-state-of-the-art tracking system around ‘investigation of crime and detection of criminals’.
“Though implementation of CCTNS in J&K and Ladakh was started several years back yet 81.2% progress has been made as on February 1, 2021”, official sources told EXCELSIOR, adding while progress on submission of CCTNS generated FIRs to the courts is 100% the usages search and query of CCTNS is merely 26.7%.
Only 41.3% Police Stations in J&K and Ladakh UTs are generating reports through CCTNS while as entry of arrested/missing persons’ photographs in CAS/CCTNS network is only 40% as has been noticed by the National Crime Records Bureau (NCRB) in its recent report, the copy of which is available with EXCELSIOR.
“J&K and Ladakh UTs have not declared the CCTNS project go-live even after utilization of 89.7% funds sanctioned by the Union Government for procurement and installation of hardware and software besides providing capacity building training”, the report said.
“Interestingly, Apex Committee has failed to meet after regular intervals to assess the impediments and suggest remedial measures for declaring the project go-live”, sources said while disclosing that the last meeting of the Apex Committee was convened in the month of May 2017.
The Empowered Committee meeting was held on January 19, 2021 under the chairmanship of Director General of Police (DGP) Dilbag Singh to review the implementation of CCTNS.
“The CCTNS is a platform which when fully implemented will help in prevention and investigation of crime cases in a desired manner and at a faster pace”, the DGP had stated while impressing upon the District SSPs to encourage and motivate the field officers to update the system by filling in information in different columns so that optimum use of CCTNS is ensured.
Moreover, he advised the officers particularly the SSPs to make full use of different features of the software and update it by filing the crime figures which will go a long way in studying the patterns of crime.
As per the report of National Crime Record Bureau, J&K and Ladakh are among only four States/UTs in the country which have not declared the CCTNS project ‘go-live’ till date. The other States are West Bengal and Bihar.
“The delay in declaring the project go-live is notwithstanding the fact that CCTNS is very fruitful in investigating different crime cases”, sources said while stressing that Apex Committee should meet without any further delay so that hurdles in declaring the project go-live are removed at the earliest.
They further said that CCTNS is not only beneficial for the J&K Police but also to the Ministry of Home Affairs as this project will help in capturing the crime and criminal data across the Police Stations in the country and to enhance ability to detect crime patterns and accordingly communicate to the Police Departments in the States and UTs for aiding in crime prevention.
The other objectives of the scheme are improving delivery of citizen-centric services through effective usage of Information and Communication Technology; providing the Investigating Officers of the Police with tools, technology and information to facilitate investigation of crime and detection of criminals; improve Police functioning in various other areas such as law and order and Traffic Management, facilitate interaction and sharing of information among Police Stations, Districts, State/UT headquarters and other Police Agencies etc.