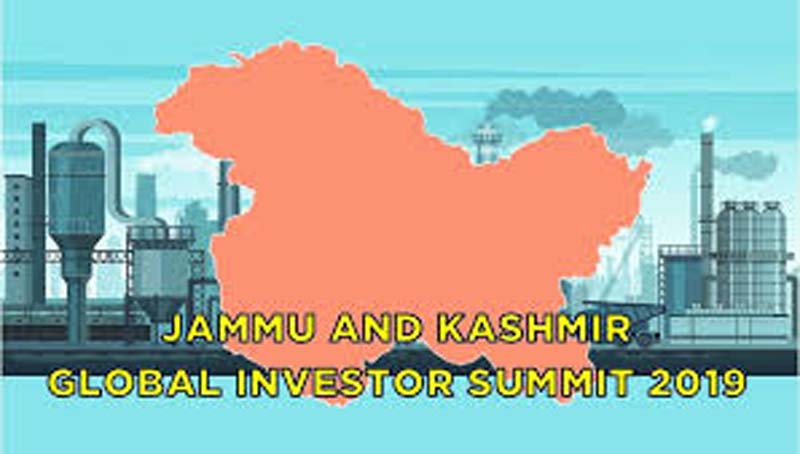 Fresh dates after new administrative setup is in place

Neeraj Rohmetra
Jammu, Aug 29: The three day Global JK Investor summit, which was aimed to set a platform to bring huge investments to the border State and was slated to start from October 12 in Srinagar, has been postponed in view of existing circumstances in the State.
“Though no fresh dates for the Summit has been announced, authorities are confident of organising the Summit again after the transition period is over and the new Union Territory of Jammu and Kashmir and Union Territory of Ladakh come into existence on October 31”, sources asserted.
Confirming to EXCELSIOR about the postponement of the mega events, top official sources told, “the summit will surely be organised once the transition period is over and the modalities of same will be worked out by the team of senior officials in consultation with business associations”.
Unlike the popular perception that the Summit has been postponed in view of the tension prevailing in the State, officials commented, “the postponement has nothing to do with the current situation and actually, we want more clarity about the business environment, after the new administrative setup is in place on November 1”.
“We will try to rope in many more entrepreneurs, investors and the main objective is to increase employment avenues in the border State and we have done sufficient ground work in this direction. The proposed summit is going to be a watershed moment in the State’s industrial journey”, officials asserted, adding, “the event would help allay fears and apprehensions in the minds of trade and business communities outside the State”.
It is pertinent to mention here that the State Administrative Council (SAC), which met under the chairmanship of Governor, Satya Pal Malik on August 5, this year had accorded sanction to the holding of JK Investor Summit, 2019 on October 12 to 14, 2019. The opening ceremony was to be held on 12th October at Srinagar, followed by (transit/ sightseeing) on 13th October and closing on 14th October at Jammu.
SAC had also approved the engagement of Confederation of Indian Industries (CII) as National Partner for the JK Investor Summit- 2019 and execution of an MoU between Jammu and Kashmir Trade Promotion Organization (JKTPO) and CII for organization and management of the event.
The proposed three-day summit planned to have sectoral sessions at both the locations (Srinagar/Jammu) for which detailed plan was worked out between the J&K Government and the business associations (CII &FICCI).
“The purpose of hosting of the JK Investor Summit was to provide the State with an opportunity to showcase its strengths, strategies and potential. It was aimed to familiarise the participating trade and industry organizations about the business-friendly policies of the Government, assess infrastructure, natural resources, raw material and skill and un-skilled manpower available and identify business opportunities in the State”, sources said.
JKTPO had also initiated the process for engagement of National Partner, Knowledge Partner, Media Partner and Event Partner.
It was proposed that in order to woo the investors, at least six domestic locations and four international locations must be selected for the road shows. The State Government had told the CII and FICCI representatives to target maximum investors, besides Indian and Kashmiri expatriates during their overseas road shows. The summit aimed to target the investors from around eight countries, seven Central Ministries for participation, besides attract potential investors and delegates from India and abroad.
Investor summits are being conducted regularly in other States. CII and FICCI do these kinds of specific event, have vast experience and have been associated with many States as exclusive National Partner including Gujarat, Uttarakhand, HP, Rajasthan etc.
Earlier, on June 8, this year Advisor to Governor, K Skandan held a detailed discussion with the representatives from Federation of Indian Chambers of Commerce and Industry (FICCI) and Confederation of Indian Industry (CII) for the ‘J&K Investor Summit-2019? to be held in October in Jammu and Kashmir.