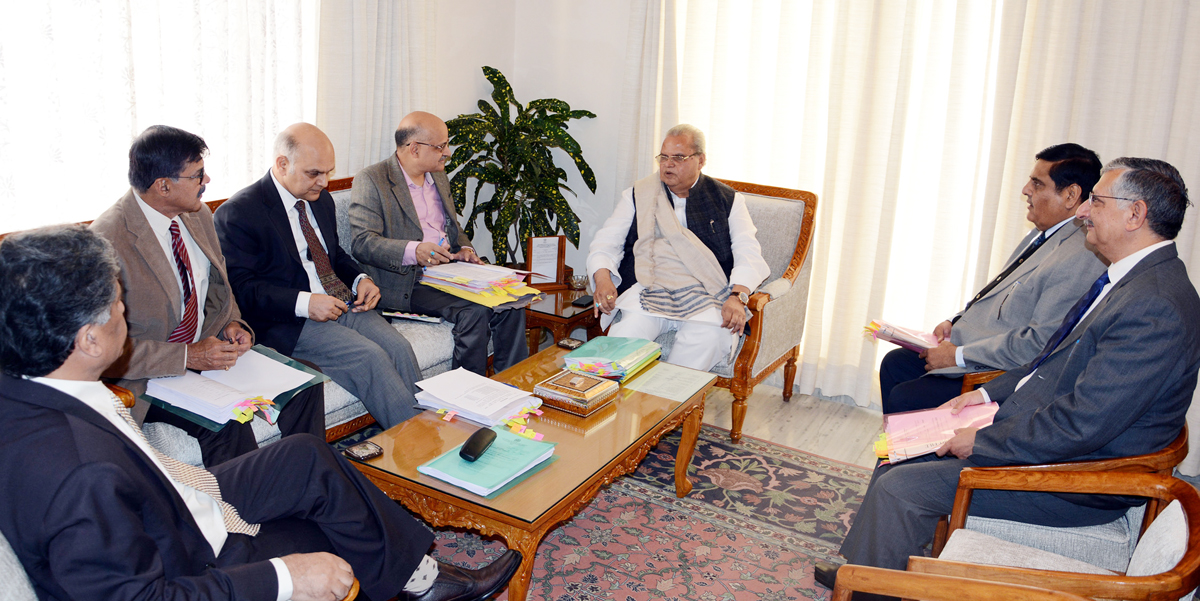 Excelsior Correspondent
JAMMU, Nov 28: In today’s world, natural gas is the cleanest form of energy and is a non-pollutant. It is extremely useful both for heating and cooking purposes. There is a worldwide movement towards a gas based economy with increasing use of Natural Gas in transport, industrial and domestic sectors.
Recognizing this, a nationwide City Gas Distribution network has been started across the Country.
Presently, Jammu and Kashmir is one of the few States, which don’t have a gas pipeline entering the State. One of the impediments to the expansion of the National Gas Grid to J&K were certain provisions in our Jammu & Kashmir Underground Public Utilities (Acquisition of Rights of User in Land) Act 2014, because of which projects could not be implemented.
The State Administrative Council (SAC) which met here today under the chairmanship of Governor, Satya Pal Malik approved amendments to the Act to increase the time line for completing the gas projects. The existing 2-year time limit was insufficient in view of the distinct topography and hilly terrain of our State which therefore required more time for implementation. This has been increased to 5 years. The increase in time limit will promote the participation of more gas companies in the bidding process once the Right of Way is awarded.
It is hoped that with the proposed amendment, J&K will have a gas pipeline to Srinagar by the end of year 2019 and City Gas Distribution network’s in Jammu, Srinagar and other major towns within the next 18-24 months.
The SAC approved enhancement in the waiting list from the existing 33.33% to 50% of the posts advertised, which shall extend to 100% wherever the number of posts is 10 or less, either under normal selection or under the provisions of SRO-202. The recommendation in this regard was made by the J&K Services Selection Board (JKSSB).
It is pertinent to mention here that Departments had been facing problems in filling vacancies referred for selection to the SSB due to non-joining of selectees. It has been observed that the Board conducts a common test for different non-gazetted posts with similar qualification/eligibility. A candidate applied for more than one post, gets actually selected for a number of posts but in the end chooses the post of his choice. In this way the other posts for which selection process is undertaken remain unfilled. These vacancies could not be filled from the same selection process in view of the limit on the operation of the waiting list.
This resulted in multiple advertisements for the vacancies referred to the SSB which not only was cumbersome and time consuming but also resulted in wastage of resources without any dividends. This also deprived a candidate from selection who figured beyond the 33.33% wait list despite availability of vacancies in view of extant regulations.
The new regulations which shall come into force with immediate effect will enable utilization of vacancies referred to SSB for selection, thereby addressing the aspirations of the educated youth.
The SAC also directed the General Administration Department to incorporate a similar provision for Gazetted posts in the relevant rules in consultation with Jammu & Kashmir Public Service Commission.
The SAC also approved the ‘Jammu & Kashmir Societies Registration (Amendment) Act, 2018’ to curb the mushroom growth of NGOs/Societies and streamline their functioning.
Provisions for renewal, appeal, de-registration and mandatory requirement of maintenance of accounts, address, details of members etc have been incorporated.
The amendment will help to streamline the various issues related to NGOs/Societies and improve accountability.