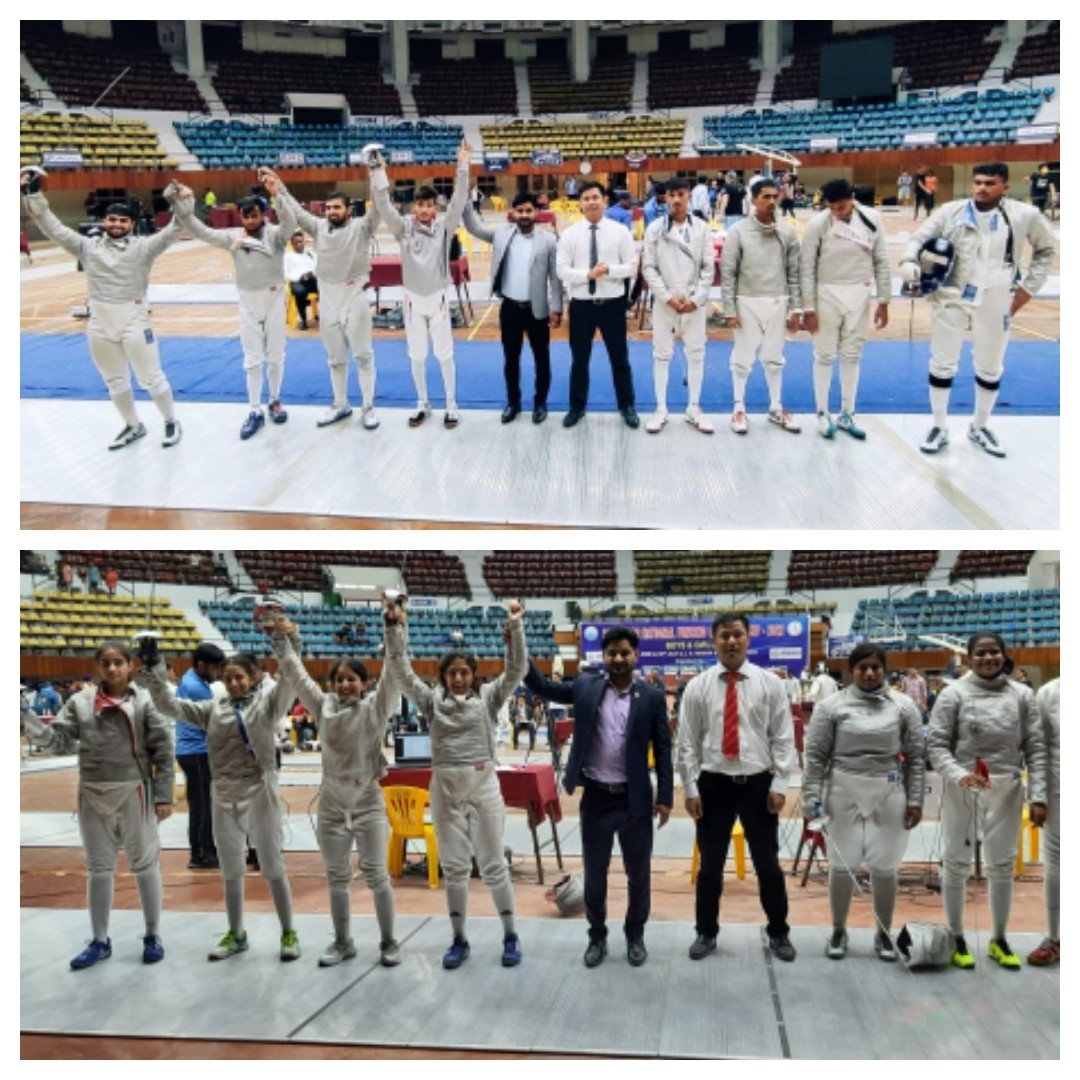 SRINAGAR, JULY 02: J&K fencers wielded the sword to perfection and stole the show on 3rd day of the ongoing 30th Junior National Fencing Championship which is in progress in Cuttack.
The Boys Sabre Team Won Gold Medal in the ace fencer of J&K and last year’s Gold medalist, Sabre team lived up to the expectations and clinched a Gold medal in the Sabre team category.
J&K team continued their winning streak defeating strong opponents like Gujrat, Manipur, star studded Haryana in Semifinals and Maharashtra in fina with scorel 45-36 in a closely fought contest.
In men’s Epee team category, the J&K team comprising Ajay Kumar, Jasdev Singh, Sufyan, and Sohit clinched the bronze medal. The team lost to Madhya Pardesh in a close-fought contest by a margin of 45-40.
Earlier in sabre individuals girls Shriya Gupta and kirtarthi Kotwal also displayed fine skills to get better off their opponents but finally settled with Silver and Bronze medals.
Girls team comprising Shriya Gupta, Kirthirthi Kotwal , Ananya sharma, Chavvi Sharma also won Gold medal today, taking J&K total count to 2 Gold ,1 Silver and 2 Bronze medals.
Secretary Sports Council, Nuzhat Gull congratulated the efforts of each fencer and coach who put their best foot in the championship. She said though the event was equally challenging with all prominent fencing faces of the country participating in the event but positive attitude of the team lead to one of the best performances.
She also added that none of our fencers was ready to give up and worked for every last touch and pushed their opponents to the limit while exhibiting excellent sportsmanship and comradery.
Secretary Sports Council said, that team has made significant progress in the past couple of years while training J&K Sports Council’s Fencing Academy and with the Khelo India Centre of Excellence for Fencing already set up in Jammu with modern equipment and gadgets, the performance of our athletes will only get better and added “I am sure they will carry the momentum to achieve more glory in future”, she said.
Convener, Adhoc Committee Rashid Ahmed Choudhary of J&K Amateur Fencing Association also appreciated the hard work and extraordinary efforts of the J&K team. Lauding the hard work of Shotu Lal and Rachna Jamwal behind the rise of the team, Rashid Ahmed choudhary said that it’s the hard work of coaches of J&K Sports Council clubbed with the support of Secretary J&K Sports Council, Nuzhat Gull J&K that Fencing is touching new heights and day is not far away when our fencers will return with Olympic medals.
He added that our fencers are reaching milestones by winning medals in both national and international events. He also praised the collaborative efforts and support of parents in the shaping of athletes.
Pertinently many J&K Fencers on the basis of their performances over the last few years have been included in training programmes by Government of India and Sports Authority vide different schemes like TOPS and Khelo India etc.