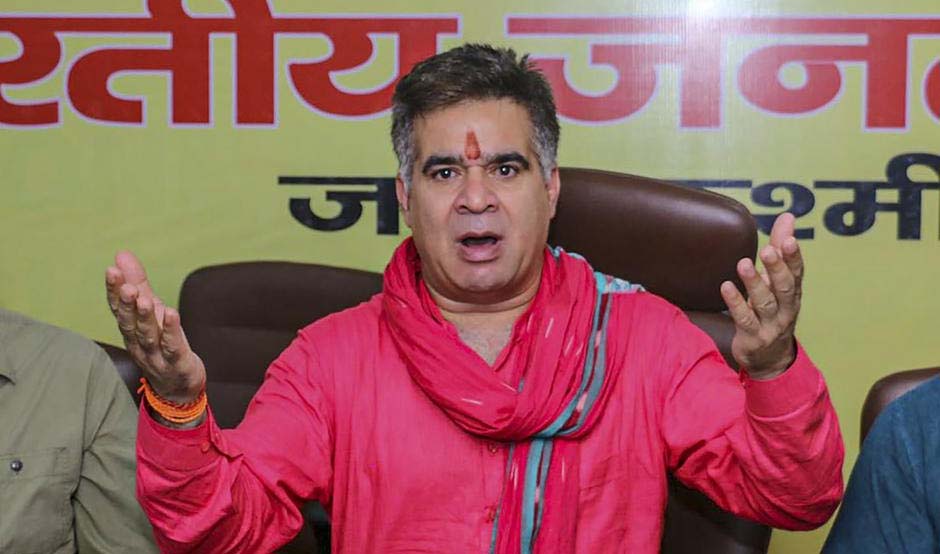 JAMMU, Nov 29: Jammu and Kashmir BJP chief Ravinder Raina on Tuesday said Israeli director Nadav Lapid’s remarks on ‘The Kashmir Files’ reflected his lack of knowledge about the ground situation in the Union Territory while filmmaker Ashok Pandit demanded a probe into his appointment.
Lapid, viewed as an anti-establishment filmmaker, had described ‘The Kashmir Files’ as a ”propaganda movie” and ”vulgar” at the closing ceremony of the 53rd International Film Festival of India (IFFI) on Monday. He was chairperson of the international competition jury.
”He (Lapid) should first visit the camps of displaced Kashmiri Pandits in Jammu and Kashmir. Such remarks are only expected from a person who does not know the ground situation and how people, irrespective of their religion, have suffered because of terrorism,” Raina told reporters on the sidelines of an event here.
He said Pakistan-backed terrorism had cost the lives of a lakh people over the past three decades and also triggered the mass migration of Kashmiri Pandits from their homes. Raina added that the film ”depicted the true picture of the plight of the victims of terrorism”.
Released in theatres on March 11, ‘The Kashmir Files’ was part of the Indian Panorama Section at IFFI. ”Most likely, he (Lapid) made such a statement on the instigation of someone. He should visit the victims of terror — both Pandits and Muslims — and feel their pain,” Raina said, welcoming the statement of Naor Gilon, Israel’s envoy to India.
Gilon has slammed Lapid’s criticism of the film, saying he should be ”ashamed” as he had ”abused in the worst way” the Indian invitation to him to chair the panel of judges.
Condemning Lapid’s remarks, Kashmiri Pandit filmmaker and Indian Film and Television Directors’ Association President Ashok Pandit demanded a probe into his selection as chairperson of the international jury. ”He is a supporter of Palestine… his remarks were not just his opinion but the stand of the gang of anti-nationals, left liberals and urban Naxals. He could have spoken about the film and its technicalities but he spoke more as a politician,” Pandit told PTI.
Demanding strict action against those who chose him as chairperson of the international jury, Pandit said Lapid had mocked and made fun of the tragedy of Kashmiri Pandits. ”He is talking about a film which depicted my pain. Denouncing it means that you have given your support to terrorism.” Pandit also said no apology would satisfy him as the damage had been done. (Agencies)