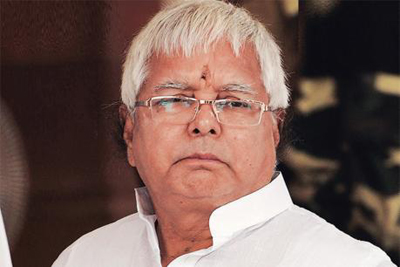 The court of Acting Chief Justice D N Patel extended the provisional bail period of the former Bihar Chief Minister till July 3 on a plea moved by Prasad.

The court then posted the matter to next Friday for hearing, according to Prasad’s lawyer Prabhat Kumar.

The provisional bail, earlier granted by the high court to Prasad on medical grounds, was scheduled to lapse on June 27.

The court of Justice Aparesh Kumar Singh had, on May 11, granted a six-week provisional bail to the RJD president.

Prasad has been convicted in four cases related to the multi-crore-rupee fodder scam. (AGENCIES)