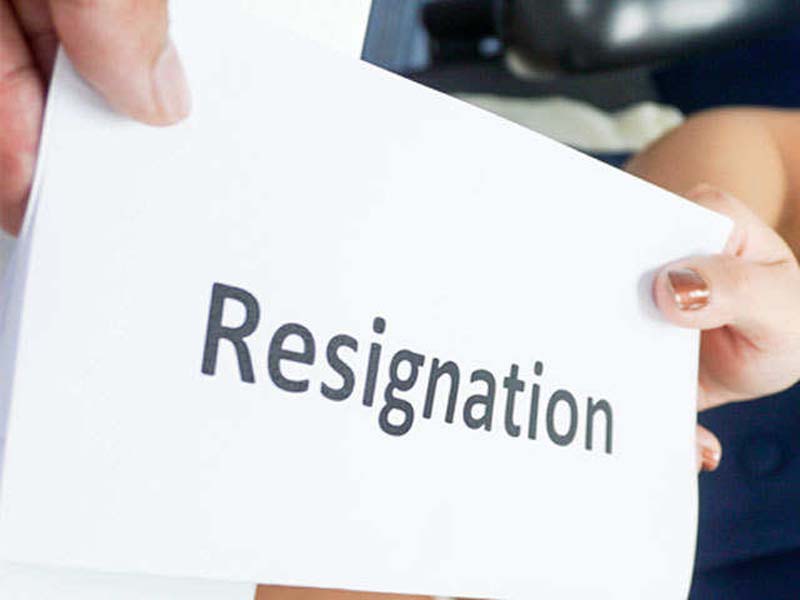 BENGALURU, July 6:  The JD(S)-Congress Government in Karnataka plunged into a crisis today, with 13 MLAs of the alliance submitting their resignation to the Speaker.
The Congress accused the BJP of trying to topple the coalition Government by “buying” MLAs, but the BJP dismissed the charge saying it had nothing to do with the resignations and the internal feud between the ruling allies was responsible for the political instability in the State.
The troubled ruling coalition, which has a strength of 118 in the 224-member Assembly, faces the risk of losing majority if the resignations are accepted. The fresh threat to the survival of the 13-month-old Government came at a time when Chief Minister H D Kumaraswamy was in the US. He is expected to return tomorrow.
Nine MLAs of the Congress and three of the JD(S) reached the Speaker’s office to put in their papers today, and later met Governor Vajubhai Vala at the Raj Bhavan.
Rebel JD(S) MLA A H Vishwanath told reporters that “14 MLAs from Congress and JD(S) have resigned”, but the Assembly secretariat sources said that 13 legislators had put in their papers including Vijayanagara MLA Anand Singh who had submitted his resignation to the Speaker’s office earlier in the week.
Both the JD(S) and the Congress have been plagued by dissension over allocation of ministerial berths and distribution of Lok Sabha seats. The cracks became deeper after the BJP swept the Lok Sabha polls in the state.
Ten of the MLAs who resigned flew by a chartered flight to Mumbai later in the evening and have been lodged at a hotel there, sources close to them said, adding that they may return on Tuesday.
Assembly Speaker Ramesh Kumar, who was not in his office when the rebel legislators went there, said “whether the government will fall or survive” would be decided “in the Assembly”.
The Assembly session will begin on July 12. AICC general secretary K C Venugopal rushed to the city to chart out the Congress’ next course of action, even as Congress Legislature Party chief Siddaramaiah and other senior leaders held a series of meetings.
Flanked by other rebel MLAs, JD(S) legislator A H Vishwanath told reporters after meeting the Governor that “14 MLAs from Congress and JD(S), including Anand Singh, have submitted resignation from the Assembly to the Speaker.”
“The Government failed to coordinate with the MLAs…and take them along. It has also failed to live up to the expectations of the people,” he said.
On the charge that the BJP was trying to poach MLAs to destabilise the government through “Operation Lotus (BJP’s poll symbol)”, he said it is “a figment of your imagination”.
“There is no BJP angle to it. We are all seniors. No operation can happen…we are resigning voluntarily against the apathy of the Government,” he said.
The JD(S)-Congress coalition’s total strength, including those who have put in their papers, is 118 (Congress-78, JD(S)-37, BSP-1 and Independents-2), besides the Speaker.
The BJP has 105 MLAs in the House. (PTI)