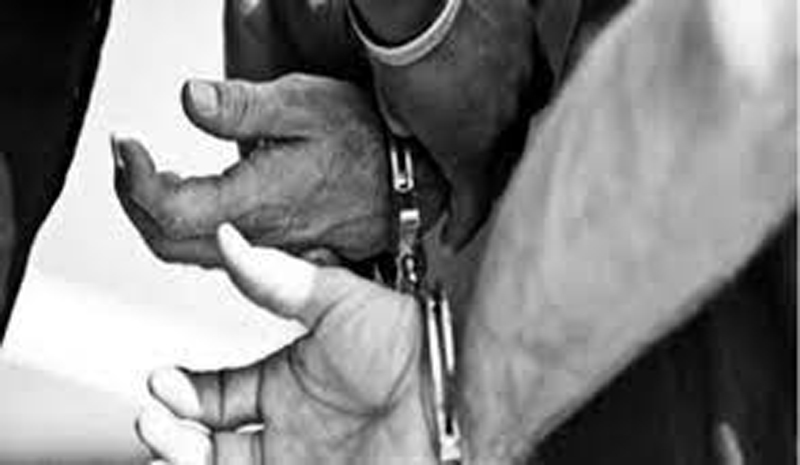 CHANDIGARH, July 6:
Two Army jawans have been arrested for allegedly spying for Pakistan’s Inter-Services Intelligence (ISI), the Punjab Police said today.
The accused have been identified as Sepoy Harpreet Singh (23), who was posted in Jammu and Kashmir’s Anantnag district and belongs to 19 Rashtriya Rifles, and Sepoy Gurbhej Singh (23), who was working as a clerk in Kargil and belongs to 18 Sikh Light Infantry.
Director General of Police (DGP) Punjab Dinkar Gupta said both the accused had already shared pictures of over 900 classified documents — pertaining to defence of the country and national security — to a cross-border drug smuggler, Ranvir Singh, over a period of four months between February and May 2021, who had further passed them on to Pakistani Intelligence Officers.
Gupta said that the Jalandhar Rural Police, led by Senior Superintendent of Police (SSP) Naveen Singla, while investigating a Narcotic Drugs and Psychotropic Substances (NDPS) case, recovered confidential and secret documents related to the functioning and deployment of the Indian Army from Ranvir Singh, who was arrested with 70 gm of heroin on May 24.
He said during interrogation, Ranvir Singh disclosed that he got these documents from Harpreet Singh, who was his friend, as they both belong to the same village.
“Ranvir motivated and lured Harpreet Singh with financial benefits for sharing defence-related classified documents, following which the latter induced his friend Gurbhej Singh into such anti-national spying activities,” Gupta alleged.
Since Gurbhej Singh was working as a clerk in 121 Infantry Brigade Headquarters in Kargil, he could get easy access to these classified documents containing both strategic and tactical information relating to the Indian Army, the DGP was quoted as saying in an official statement here.
The DGP said Ranvir Singh further used to send these classified documents to either the Pakistan ISI operatives directly or via one Gopi, who has been identified as the main drug smuggler from Dauke village in Amritsar having links with Pakistan-based drug-smuggling syndicates and ISI officials, who invariably work in tandem with each other.
Following Ranvir Singh’s disclosures, the police have also arrested Gopi, who has confessed to having transferred classified documents to Pakistan-based drug smugglers, one of whom has been identified as Kothar, and an alleged Pak ISI operative identified as Sikander in lieu of supply of heroin and financial benefits, the DGP said, adding that all the pictures of the classified documents were transmitted over encrypted apps.
According to preliminary investigations, the DGP said that Harpreet Singh, from Cheecha village in Amritsar and Gurbhej Singh, a native of Punian village in Punjab’s Tarn Taran, got monetary inducements for sharing confidential information.
He said Ranvir Singh gave money to Harpreet Singh, who further used to transfer it to Gurbhej Singh’s account.
Harpreet Singh had joined the Army in 2017 while Gurbhej Singh had joined in 2015.
SSP Singla said that the Army authorities had handed over both the accused to the Jalandhar Rural Police and further investigations were being carried out to ascertain the involvement of any other accused persons. (PTI)