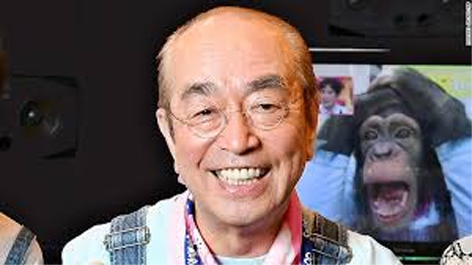 Los Angeles, Mar 30: Veteran Japanese comic Ken Shimura, who tested positive for the novel coronavirus last week, has died at the age of 70.
According to The Hollywood Reporter, the actor was hospitalised in Tokyo on March 20 after developing a fever and being diagnosed with severe pneumonia. Shimura tested positive for COVID-19 on March 23.
The condition of Shimura, best known for Japanese variety show “Shimura Ken no Bakatono-sama”, was said not to be critical.
A household name in Japan since the 1970s, Shimura was the first prominent entertainment world figure in Japan to test positive for the virus.
The actor was set to star in his first feature film “God of Cinema”, directed by Yoji Yamada.
The film, which marks the 100th year anniversary of studio Shochiku, has been put on hold indefinitely.
Shimura grew up in the west Tokyo neighbourhood of Higashimurayama and he started his career in showbiz when he joined the Japanese rock band and comedy group The Drifters, famous for opening for The Beatles during their early tours of Japan.
He shot to fame with the group’s prime time comedy show “Hachijidayo Zeninshugo!” (“It’s 8 o’clock, assemble everyone!”), where he developed his signature brand of slapstick caricature, wacky bits and deadpan delivery.
American comedian Jerry Lewis was an initial influence on him, Shimura wrote in a late-career memoir.
On hit variety shows of the 1980s, he would go on to become a bigger name recognised for satirical characters like “Baka Tonosama” (foolish lord) and “Henna Ojisan” (weirdo uncle). (PTI)