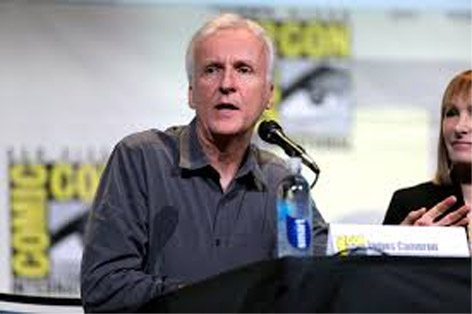 Wellington, Jun 1: Veteran director James Cameron and producer Jon Landau along with 50 other crew members reached Wellington, New Zealand, to resume the shooting of the upcoming sequels in the “Avatar” franchise.
Landau posted on Instagram that the film’s team has landed in the country and will be self-isolating as per the guidelines laid the by the government.
“Made it to New Zealand. Our 14-day government supervised self-isolation now begins,” the producer wrote alongside a picture of him and Cameron at the airport wearing mask and face shield.
According to Variety, around 54 passengers were on board a chartered Air New Zealand plane, which departed over the weekend from Los Angeles International Airport and directly landed in Wellington on Sunday.
Landau had announced last week that he would be returning to New Zealand to resume the filming on the sequel of the 2009 movie.
The production on the project had come to halt in mid-March after the New Zealand government announced a lockdown to stem the spread of the coronavirus in the country.
Cameron had planned to complete the long delayed sequels of the film by the end of the 2020 by simultaneously working on four films with ‘Avatar 2′ slated for a release on December 17 2021, with follow ups to be released in December 2023, December 2025 and December 2027, respectively. (PTI)