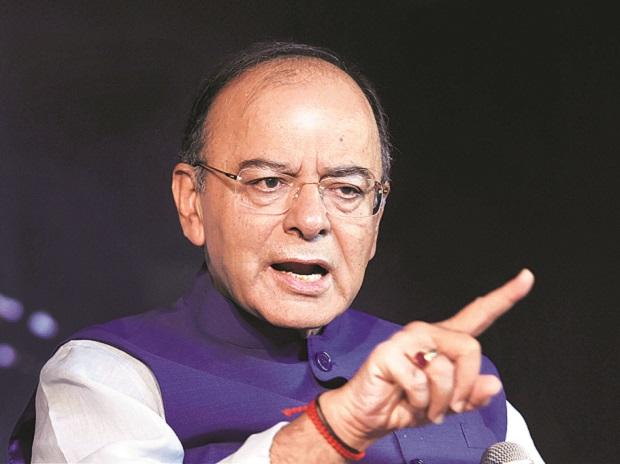 NEW DELHI : Union Minister Arun Jaitley is back home after three-week stay at AIIMS for a kidney transplant.
In a tweet, Jaitley expressed gratitude to the doctors, nurses and paramedics who took care of him during his stay at the All India Institute of Medical Sciences (AIIMS).
Jaitley, 65, was admitted to the hospital on May 12, and the surgery was performed on May 14. Post that, he stayed in isolation ward to avoid infection.
During his stay in the hospital, he wrote a Facebook post on completion of 4 years of the Modi Government.
“Delighted to be back at Home. My gratitude to the Doctors, Nursing officers and the paramedics who looked after me for over the past three weeks. I wish to thank all well-wishers, colleagues and friends who were very concerned and continued to wish me for my recovery,” Jaitley tweeted.
During the period of Jaitley’s indisposition, Railways Minister Piyush Goyal was given the additional charge of the finance ministry.
Jaitley informed about his illness through a tweet on April 6 and had undergone dialysis for about a month. Post that, he underwent the kidney transplant.
In September 2014, Jaitley underwent a bariatrics surgery to treat weight gain because of a long-standing diabetic condition. The surgery was first performed at Max Hospital, but he had to be later shifted to AIIMS because of complications. (AGENCIES)