E-Paper
Home National Jaitley calls for a war between a performing leader Modi and a... 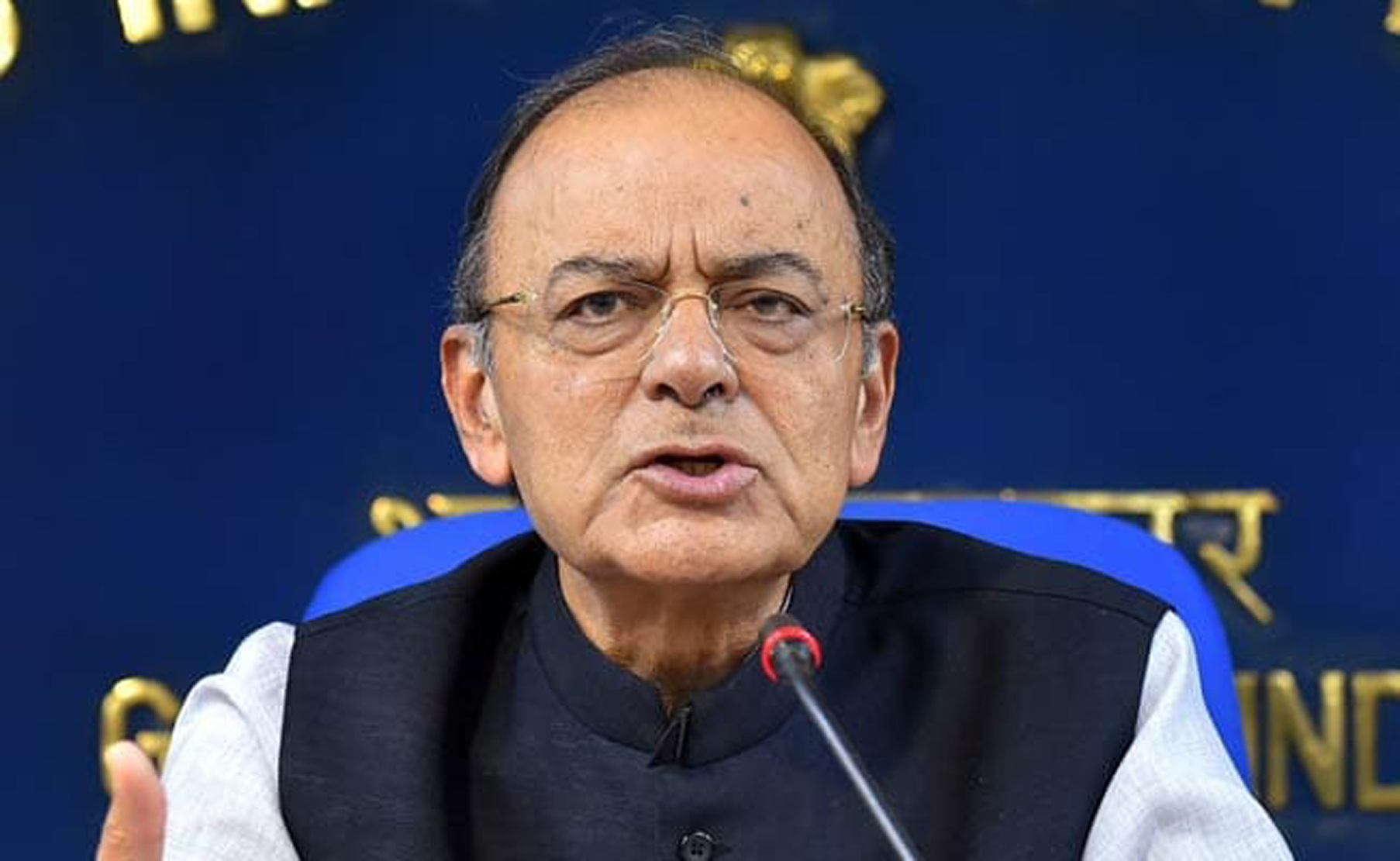 NEW DELHI, Mar 17: Calling the grand alliance a Mahamilavat Gathbandhan, Union Finance Minister and senior BJP leader Arun Jaitley on Sunday said the 2019 Lok Sabha elections are between a tried, tested and a performing leader and a chaotic crowd of non-leaders.
Is India looking at a Government which accelerates growth, development and poverty alleviation or is it looking for a Government made by persons who excel only at self-enrichment
I am confident that aspirational people of an evolving society will make the right choice, Mr Jaitley wrote in a Facebook blog.
Mr Jaitley said it was a road to disaster; a race to the bottom. There is a tug of war on the issue of leader in that alliance.
Mr Jaitley also said the Mahamilawat Gathbandhan unquestionably promises only political instability. Such non-ideological alliances have only lasted for a few months. ?That is the unambiguous lesson of history.
The Governments by Chaudhary Charan Singh, V P Singh, Chandrasekhar, H D Deve Gowda and I K Gujral had a life of only few months”.
He wondered: Who would want to invest in India in an environment of political instability would even Indian investors prefer to go outside and look for more stable countries for investment where there is instability, there is corruption. People with brief political opportunities make the best of them. This is the experience of the past”.
He said if they come to the power, every regional party would demand a ‘Special Status’ for its state in that case, what would then happen to Central funds which are meant for poverty eradication, the defence and security of India, he asked.
In order to pamper certain exaggerated regional demands would expenditure on Armed Forces have to be cut what will be their policy on expediting infrastructure creation and the poverty alleviation schemes that Prime Minister Modi has launched will a war on terror be the priority of such a coalition or will it lead the battle against terror to a possible depletion of a vote bank politics.
Will India be run with a national perspective or by a Government which believes that India is a confederation of states,” Finance Minister wrote.
He said Members of the Mahamilavat Gathbandhan have no positive approach with one priority to remove one man (Narendra Modi) from office. It comprises of dynastic parties and dynastic groups.
These are parties with no inner party structures, no inner party democracy and hence no accountability. Many survive either on cost of regional feelings alone.
That is their ideology, he maintained.
He said most of grand alliance leaders have even been facing serious allegations of corruption. They are rightly referred to as the ‘Kleptocrats Club’. They have no ideology or philosophy in common. Their track record of governance is disastrous. Temperamentally they are too many mavericks in the Gathbandhan. (UNI)