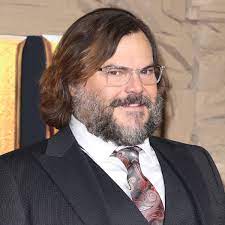 Los Angeles, Jun 16: Actor Jack Black is in negotiations to star with rapper Ice Cube in Sony Pictures’ upcoming movie “Oh Hell No”.
The comedy will be helmed by Kitao Sakurai, who most recently directed and co-wrote Netflix’s movie “Bad Trip”, reported Deadline.
The story centres on Sherman (Black), who falls in love with Will’s (Cube) mom, who has only one thing to say about that “Oh hell no”.
Scot Armstrong, Tracy Oliver, Jessica Gao and Rodney Rothman wrote the script for the film, which will release on July 1, 2022.
The project will be produced by Matt Tolmach through his banner Matt Tolmach Productions along with Black and Roz Music.
Black most recently featured in “Jumanji: The Next Level”. He will next star in the highly anticipated “Borderlands” movie adaption.
Ice Cube was last seen in Searchlight’s “The High Note” and is set to star in a Universal sci-fi feature from “Wanted” director Timur Bekmambetov. (PTI)