AHMEDABAD: Britain’s High Commissioner to India Dominic Asquith said on Tuesday that his country’s stand on Jammu and Kashmir had not changed, and the Kashmir issue must be resolved bilaterally between India and Pakistan by taking into account the “wishes of Kashmiri people”.

His country took the same stand when the United Nations Security Council (UNSC) discussed the issue recently, he added.

Asquith’s statement to reporters here came in the aftermath of the Indian Government abrogating Article 370 of the Constitution that gave a special status to Jammu and Kashmir.

“UK’s position has not changed one degree….We are no different today than we were a year ago, which is, the question of Kashmir has to be sorted out bilaterally between Indian Government and Pakistani Government, taking into account the wishes of Kashmiri people,” Asquith said. (AGENCIES) 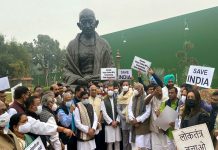 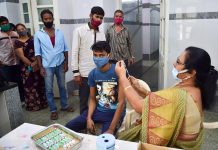