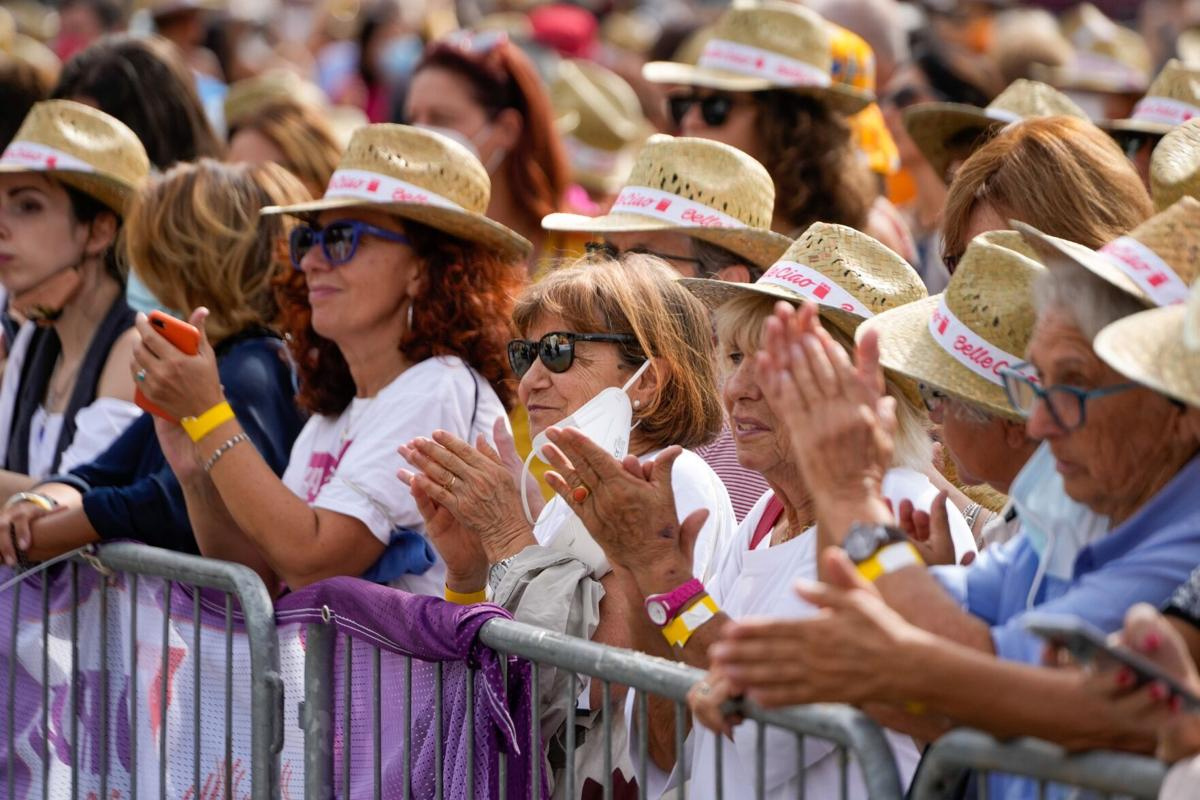 ROME, Sept 26: Thousands of people demonstrated in cities across Italy on Saturday to support Afghan women and demand continued international pressure on the country’s Taliban leaders to let women participate in the educational and political life of the country.
Among the groups organizing the protests were members of the Pangea Foundation, which had worked for 20 years on economic development projects for Afghan women before finding itself helping to evacuate them when the Taliban took over.
At the protest Saturday, Pangea supporters had a P drawn on their hand. It was the same P that Afghan women wrote on their hands to be recognized at the Kabul airport and evacuated during the chaotic weeks as Western nations ended their military missions.
“We must continue to put pressure so that women can participate not only in education but also in the politics of their country,” Simona Lanzoni, vice president of Pangea, said during the Rome protest.
“And then we must continue perhaps the humanitarian evacuations in a specific way, thinking first of all of those women who were not able to enter the airport in August but today are really risking in Afghanistan.”
The event with the slogan ”#Nonlasciamolesole (“Let’s not abandon them”) brought thousands out in several Italian cities, where speakers called for a permanent observatory on women’s rights in Afghanistan at the Ministry of Foreign Affairs and at the United Nations. (AGENCIES)