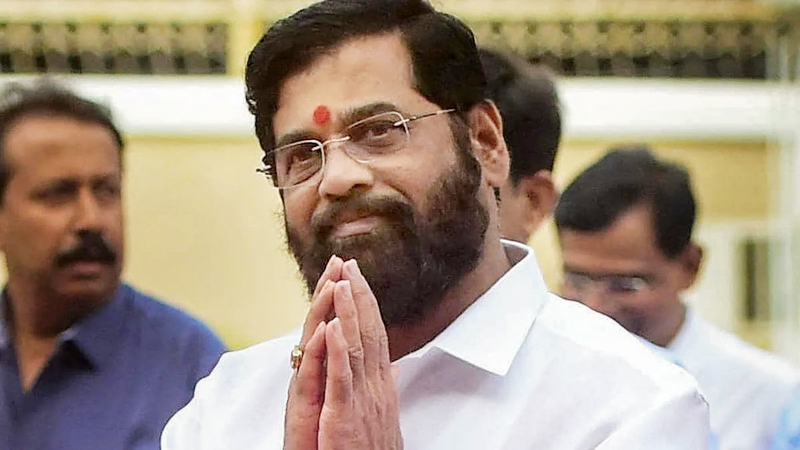 MUMBAI, July 31: Maharashtra Chief Minister Eknath Shinde on Sunday launched a veiled attack on Shiv Sena president Uddhav Thackeray, saying the issue of sharing the post of chief minister with the Bharatiya Janata Party (BJP) after the 2019 polls could have been resolved through talks.

Addressing a rally in Aurangabad district, Shinde said some people took an “adamant stand” after the polls which implied that they didn’t want to form a government with the BJP despite both the parties winning the mandate of the people and resolving the issue of the post of the CM.

“Some people said Shiv Sena should get the post of the chief minister for the first 2.5 years. (And if this condition is agreed to) then only talks between the two parties (read Sena and BJP) for forming a government could proceed, ” Shinde said without naming Thackeray.

He said this adamant stand meant that there was no will to form a government with BJP though the two parties had fought the assembly elections together and won a popular mandate.

“Soon after the poll results, some people started speaking about different options available. MLAs of Shiv Sena were not in favour of an alliance with the Congress and NCP,” said Shinde.

Thackeray had broken alliance with BJP after the 2019 polls claiming that the ally reneged on its promise of sharing the CM’s post, a contention denied by the BJP.

The Sena then joined hands with the Nationalist Congress Party and the Congress to form a tripartite Maha Vikas Aghadi (MVA) Government in November 2019 with Thackeray taking oath as the chief minister.

Shinde said the BJP had honoured the commitment of making Nitish Kumar the chief minister of Bihar despite the saffron party winning more seats than the JD(U).

Shinde, a veteran shivsainik and former minister in the Thackeray cabinet, rebelled with 40 MLAs of Sena in June, leading to the collapse of the MVA Government.

He took oath as the chief minister on June 30 with Devendra Fadnavis of the BJP as the deputy CM.

Shinde said the BJP could have taken the chief minister’s post in the present Government led by him.

“I was told by BJP leadership that despite that party having more MLAs than the Shinde faction, it has agreed to make him the chief minister. Had we (apparently referring to BJP) made any commitment in 2019, we would have honoured it. Now you tell me, who is speaking the truth,” Shinde asked. (PTI)