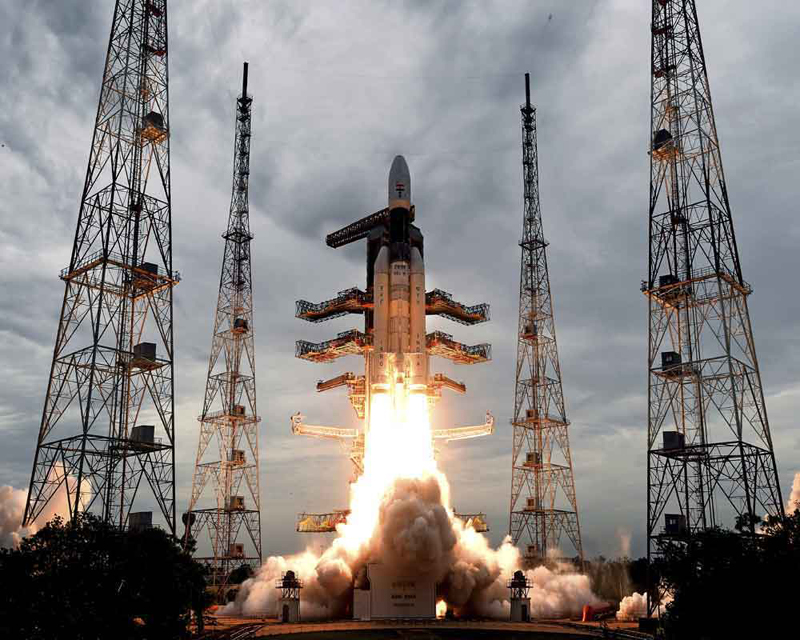 BENGALURU, Aug 21: ISRO on Wednesday said it has performed the second lunarbound orbit maneuver for Chandrayaan-2 spacecraft thatis currently in the lunar orbit for its rendezvous with the Moon.
All spacecraft parameters are normal, the Bengaluru headquartered space agency said after the maneuver.
“Second Lunar bound orbit maneuver for Chandrayaan-2 spacecraft was performed successfully today (August 21, 2019) beginning at 1250 hrs IST as planned, using the onboard propulsion system.
The duration of the maneuver was 1228seconds.
The orbit achieved is 118 km x 4412 km,” ISRO said.
The next Lunar bound orbit maneuver is scheduled on August 28, 2019 between 0530 – 0630 hrs IST. (PTI)