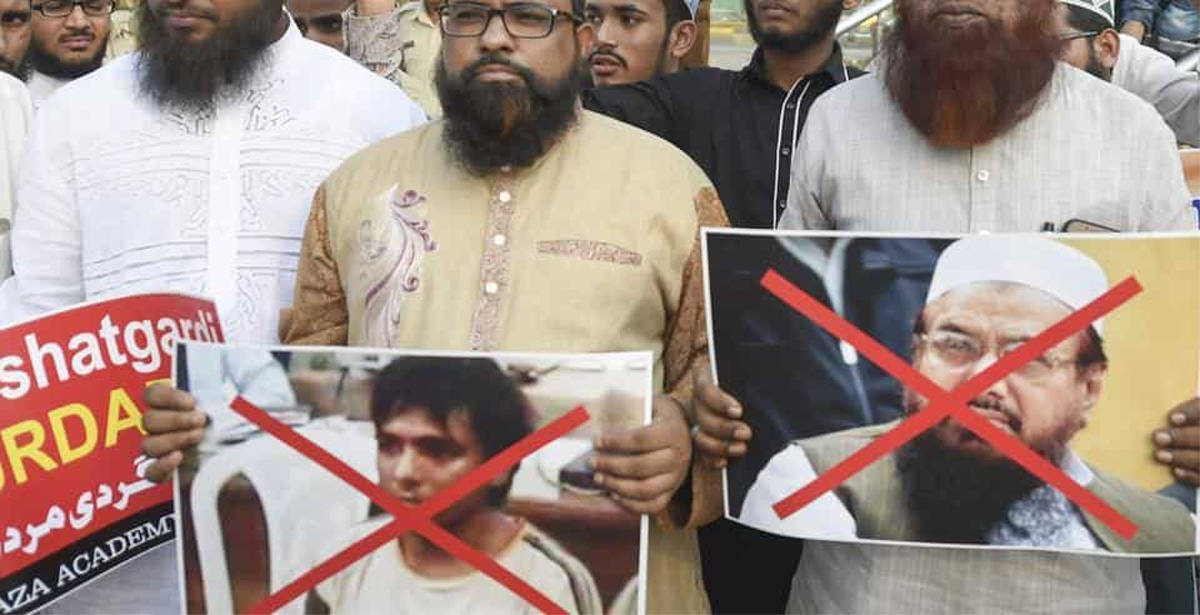 TEL AVIV, Nov 27: Israel has asked Pakistan to “ensure full justice” to the 26/11 terror attack victims on the 10th anniversary of the carnage in Mumbai carried out by 10 terrorists belonging to Pakistan-based Lashkar-e-Taiba.
About 166 people, including six Israelis, were killed in the terror attack.
At a memorial event organised on Monday evening by the Indian mission here to mark the anniversary, Michael Ronen, Director, South & South East Asia Division at the Ministry of Foreign Affairs of Israel emphasised that it was important for the international community, especially Pakistan, to ensure that the perpetrators and facilitators of the ghastly attacks do not go scott free.
“It is important to provide full justice to the victims and their families,” Ronen said, urging “all governments, including the Government of Pakistan, to ensure that the perpetrators and facilitators of the attack are brought to justice.”
The Israeli diplomat also underlined that the objective of the attack was to cripple the Indian society, economy and culture, as well as the growing bilateral relationship between India and Israel.
In this regard, “the terrorist attack failed miserably as the Indian economy has continued to grow stronger, its culture remains invincible and bilateral ties continue to reach new heights,” he noted.
Asserting that terrorism can only be defeated by international cooperation, Ronen “again called upon the Government of Pakistan to ensure full justice to the victims and their families.”
The event was attended by members of the Indian community in Israel, some Indians visiting the country and also Rabbi Shimon Rosenberg, who lost his daughter Rivka and son-in-law Rabbi Gavriel Holtzberg in the attack on Nariman House, also known as the Chabad House.
The couple’s two year old son, Moshe, survived the attack thanks to a daring move by his nanny, Sandra Samuels, who risked her own life and rescued the boy by fleeing the building.
Sandra’s pictures of holding the little boy close to her chest after escaping from the place touched the hearts of millions of people all over the world.
She was later honoured with honourary citizenship by the Israeli government and now lives in Jerusalem.
The ceremony began with observance of one-minute silence in honour of the victims.
India’s Ambassador to Israel, Pavan Kapoor, speaking at the event stressed that the worst terrorist attack on the Indian soil “should motivate the world to unite against terrorism and defeat the ideology of hatred”.
Kapoor pointed out that the planners and facilitators of the attack in Pakistan have not yet been brought to justice and, in this context, welcomed the statement of the US Secretary of State, Mike Pompeo.
He expressed hope that other countries would follow the US lead and call upon Pakistan to uphold its obligations to implement sanctions against the terrorists responsible for this atrocity, including the members of Lashkar-e-Taeba and its affiliates.
Rabbi Rosenberg said that the attack was not “just against his family but against all of us” who are one as a family.
He further said that although 10 years have passed since the tragedy, his grandson who is a “strong and good boy” has painful memories of the event but still wants to go to Mumbai for his bar mitzvah, a ceremony performed for Jewish boys at the age of 13 that some Israeli scholars compare to the Hindu upnayana or the sacred thread ceremony.
Rosenberg was very appreciative of the support his family has received from the Indian government and people, which makes him believe that it is a “shared” pain.
“I appreciate the government and people of India for the way they have stood by us and made us feel that it is a shared pain. We thank them for the relationship they have built with us,” he said, recalling the family’s trip with Israeli Prime Minister Benjamin Netanyahu to Mumbai early this year.
“People can say and complain about all sorts of things like security lapse, etc, but we believe in the God. The feeling of oneness demonstrated by Indians is heartwarming and we appreciate it a lot,” Rosenberg told PTI.
Moshe celebrated his 12th birthday according to the Hebrew Calendar some three weeks ago and would turn 12 as per Gregorian calendar on November 28.
Two clips featuring Moshe’s conversation with Prime Minister Narendra Modi and Netanyahu in Jerusalem in July 2017 and his visit, along with the Israeli Premier, to the Chabad House in Mumbai in January 2018, were shown during the event.
In an emotional meeting with Modi on July 5, 2017 in Jerusalem, the young boy expressed his wish to visit Mumbai. “I hope I will be able to visit Mumbai, and when I get older, live there. I will be the director of our Chabad House…I love you and your people in India,” Moshe told Modi.
Modi responded by saying, “Come and stay in India and Mumbai. You are most welcome. You and your all family members will get long-term visas. So you can come anytime and go anywhere”.
Netanyahu had then promptly asked Moshe to join him when he travels to India, a promise he did not forget and the family accompanied him during his trip to India earlier this year.
India issued 10-year multiple entry visas to Moshe and his grandparents to ease their travel to the country in August 2017. Modi is said to have personally followed up on the matter as promised to Moshe.
Kapoor, along with Ronen and Rabbi Rosenberg also lit 25 candles in memory of the 25 foreign nationals who lost their lives in the attack. (PTI)