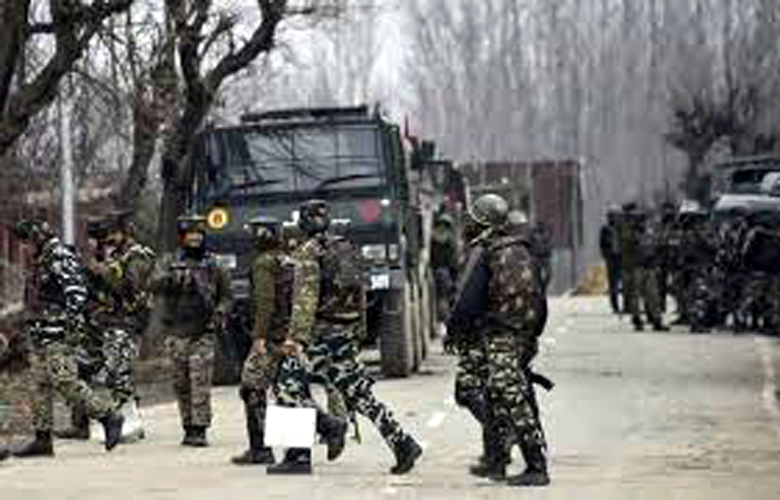 Fayaz Bukhari
SRINAGAR, May 10: Security forces today killed the lone surviving militant and commander of Islamic State Jammu and Kashmir (ISJK) in an encounter in Shopian area of South Kashmir.
Ishfaq Ahmad Sofi alias Abdullah Bhai, who was a commander of the ISJK, an IS-inspired module was killed in a joint operation launched by 23 Para of Army and Special Operations Group (SOG)of Jammu and Kashmir Police in an orchard in Ram Nagri area of Heerpora in Shopian district after credible inputs about presence of militants.
As the security forces encircled the orchard, the hiding militant fired upon forces which was retaliated by troops triggering a brief exchange of firing during which Ishfaq Ahmad Sofi alias Umar son of Mushtaq Ahmad resident of Model Town-B, Sopore was killed. Sources said that another militant, who was accompanying him fled under the cover of darkness.
Click here to watch video
Ishfaq had a long history of militancy records and was initially affiliated with Harkat-ul-Mujahideen. He along with his other associates were involved in series of militancy related incidents including grenade attacks on CRPF bunker at Safa Kadal, Soura and Police Station Khanyar. He was also part of groups which had carried out attacks on security establishments in the area.
Ishfaq was subsequently arrested and after his release on bail, he again got recycled and joined the militant ranks last year in 2018.
Ishfaq after getting recycled again got involved in planning and executing attacks on security forces. He was also involved in attacks on security establishments and many other civilians in the area for which several cases were registered against him. As such, he was wanted by law for his complicity in a series of cases.
Police said that incriminating material including arms and ammunition has been recovered from the killed militant. One pistol and a magazine were recovered from the encounter site.
The Shopian town observed shut down after the news about killing of the militant spread in the area.
His body was later handed over to his family in Sopore area of North Kashmir’s Baramulla district and his last rites were conducted this evening.
The groups of youth targeted security forces with stones at Model Town in Sopore before and after the funeral of the militant commander. Security forces fired teargas to disperse the protesters. Several protesters were injured in the clashes.
At least six youth received pellet injuries after the clashes erupted between protesters and security forces at Nowhatta in Srinagar soon after the congregational prayers culminated in Jamia Masjid Srinagar.
A group of youth, with some of them carrying ISJK flags, protested in Nowhatta area of the old city in Srinagar after the congregational prayers.
Security forces fired teargas and pellet firing to disperse the protestors. During the clashes, at least six youth sustained injuries who were later shifted to the hospital.