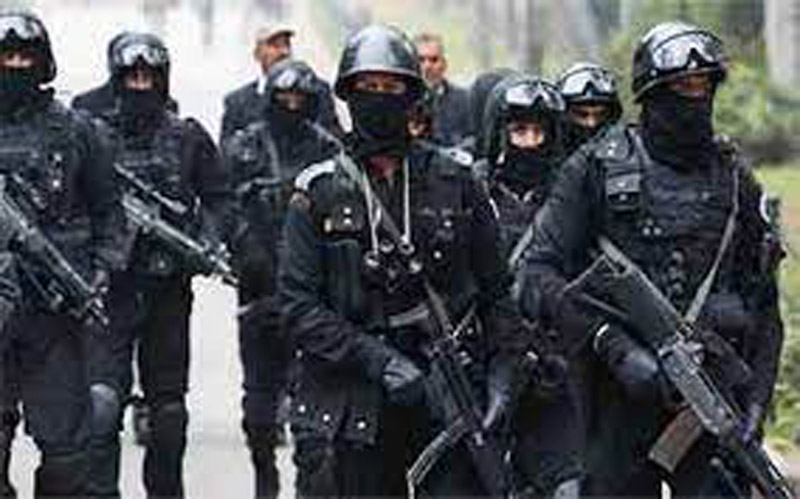 LUCKNOW, Aug 9: The Anti Terror Squad (ATS) of Uttar Pradesh police today claimed to have busted a terror module ahead of the Independence Day and arrested a youth from Azamgarh district for his alleged link with ISIS terror group.
An ATS spokesman said, “Sabauddin Azmi alias Sabahuddin alias Sabahu, a resident of Mehmudpura locality under Mubarakpur police station, has been arrested by the agency and raw material required to prepare an Improvised Explosive Device (IED) has been recovered on his identification.”
He claimed that Sabahu, who has ‘links with ISIS’, was planning to trigger an explosion on the occasion of Independence Day.
“On the directions of the DGP and under supervision of ADG (Law and Order), a close vigil is being maintained on the radical elements by all the teams of ATS keeping in mind the sensitivity of Independence Day,” he said.
The spokesman said that in this series, UP ATS received intel from its associate agency that influenced with the ideology of ISIS a person, a residents of Mubarakpur in Azamgarh districts, along with his associates, is propagating Jihadi ideology through WhatsApp and other social media applications and inspiring others to join the banned terror organisation.
He said that the accused was brought to the ATS headquarters where during quizzing and after going through his mobile data the agency got evidence that he was linked with social media channel Al-Saqr Media, which has been created by the banned terror organisation ISIS to brainwash the Muslim youths for terror and Jihad. “At present, Sabahu is a member of AIMIM,” he said.
The spokesman said that after Sabahu came into contact with a man named Bilal through Facebook, the latter used to discussion action being taken on Mujahids in Kashmir and Jihad.
“During interaction, Bilal gave Sabahu the number of Musa alias Khatab Kashmiri, who is a member of ISIS. Through this the accused came into contact with Kashmiri,” he said.
He said that in connection with a plan to take revenge of the atrocities being done on Mujahids in Kashmir, who gave Sabahu the number of Abu Bakar Shami of ISIS, who is currently in Syria.
“After coming into contact with Abu Bakar, Sabahu started taking information on how to prepare an IED, to take revenge of atrocities being done on Mujahids in Kashmir and to form an Islamic organisation in India on the lines of ISIS,” he said.
The spokesman said that Shami not only gave information regarding how to prepare an IED and the raw material required for it, but also arranged contact with ISIS recruitment Anu Umar, who is based in Mauritania. “Umar gave training of preparing hand grenade, bomb and IED through social media and planned to establish Islamic state in India by preparing a Mujahidin organisation and to implement Sharia law in the country,” he added.
He said that to identify RSS members as a target, Sabahu created a fake mail id in the name of RRS and on the basis of it created a Facebook account. “He was working on a plan to target RSS members,” he said. (UNI)