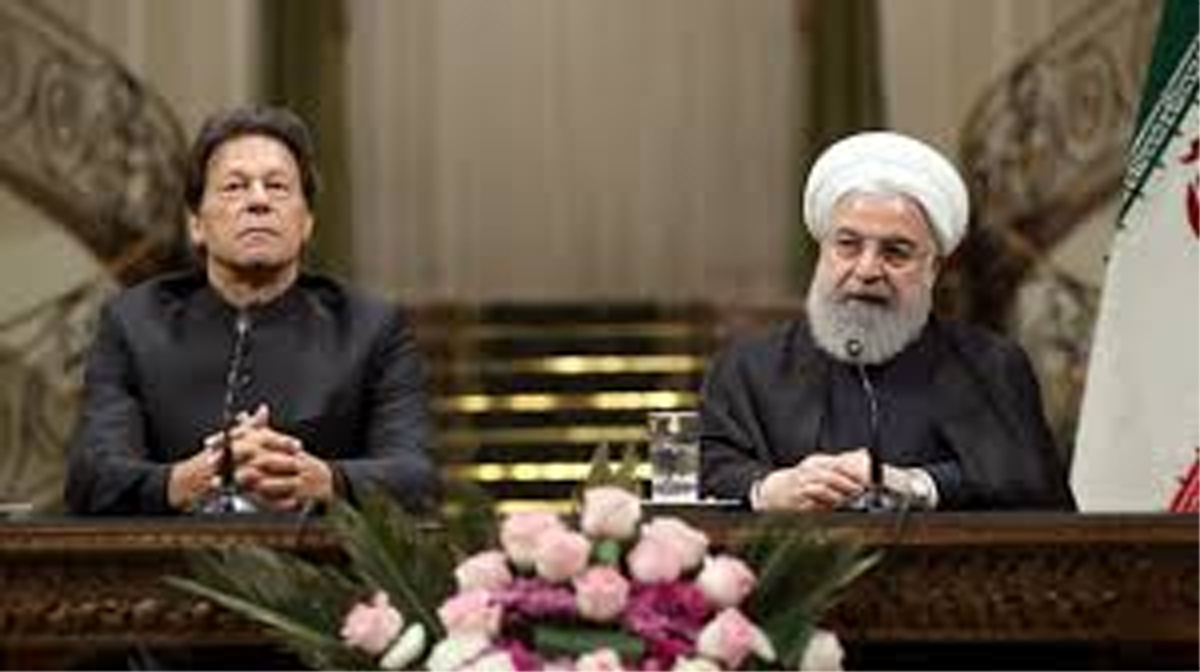 “We agreed to create a joint rapid reaction force at the borders for combatting terrorism,” Rouhani told a joint news conference, following months of increased tensions over attacks on both sides of the two countries’ frontier.

The border skirts the volatile southeastern Iranian province of Sistan-Baluchistan which has been the scene of frequent attacks on Iran’s security forces.

Khan’s visit to Iran, the first since he took office last year, comes after gunmen who Islamabad says were based in Iran killed 14 members of Pakistan’s security forces last week in its own Balochistan province.

“The security chief will sit down with his counterpart here and discuss (security) cooperation,” Khan said, although no details were given on the joint force.

“We trust that both countries will not have terrorist activities from their soil … We will not allow any damage to your country from our soil,” said the Pakistani premier who started a two-day visit on Sunday.

Iran has said a Pakistani suicide bomber was behind the attack, which was claimed by the Sunni jihadist group Jaish al-Adl (Army of Justice), which Tehran says operates mostly out of bases in Pakistan.

On Saturday Islamabad said it had evidence the “terrorist outfits” that carried out the attack in Balochistan have “training and logistic camps inside Iranian areas bordering Pakistan”.