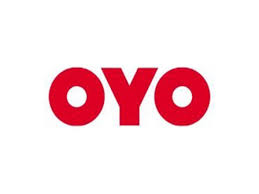 NEW DELHI, Nov 26: As part of its commitment to update its Draft Red Herring Prospectus with the financial performance till the first half of financial 2022-23, the global travel tech company OYO shared its financials with markets regulator SEBI today.
Earlier, SEBI had given OYO permission to submit updated financials before it examined and finally processed the company’s application for floating public issue. This will set in motion the process of SEBI approval of the firm’s IPO. The company’s adjusted EBITDA for Q2 grew eight times from Rs 7 crore in Q1 of Rs 56 crore, primarily driven by a 23 per cent quarterly rise in gross booking value per hotel during Q2 to around Rs 4 lakhs.
The sharp uptick in EBIDTA wasn’t enough to make the company profitable at a net level. The company logged in a net loss of Rs 333 crore, though it has reduced from the Rs 414 crore reported in the first quarter of 2022-23.
Further, revenues in H1 of FY23 grew by 24 per cent year-on-year to Rs 2,905 crore.
The adjusted EBITDA improved from a loss of Rs 280 crore in the first half of financial year 22, to a profit of Rs 63 crore in the latest half-year reported. Along with improving operating performance the company has a cash corpus of Rs 2,785 crore.
The monthly revenue per hotel, called out as Gross Booking Value (GBV) per hotel per month comes out as the strongest element in the performance. It increased by 69 per cent year on year to Rs 3.48 lakh.
The total GBV itself grew 33 per cent to Rs 5,028 crore in H1 2022-23. The monthly increase in GBV per hotel is due to improved occupancy and higher average room rents as travel returns.
The gross rentals for OYO European homes business stayed stagnant showing just a 4 per cent increase.
The high inflation also started impacting the hospitality segment e hospitality segment as well.
The company is probably betting on the next summer season in Europe as it continued increasing the vacation homes on its platform.
Employee expenses net of share-based payment expenses constituted the largest component on the cost side, at 18 per cent of the revenues, followed by Marketing Expenses at 14 per cent and General and Admin expenses at 7 per cent of the revenues for H1 FY23.
The company has been able to finally keep a leash on its costs after many years of runaway expenses. Increase in bookings combined with watching its costs seem to be the two primary drivers of the EBITDA profitability and the sharp reduction in losses. The gross profit margins have held up at 41 per cent through the quarter and the half year.
As per a source close to the company, “The ongoing third quarter will be the most important one to watch for OYO’s performance as it’s the peak season for travel in India and some of the other geographies OYO operates in. The company will need to show another quarter of growing EBITDA for the market to start judging if this performance trajectory is sustainable. This will be the most important parameter if the company does decide to launch its IPO in the first quarter of 2023. The overall market will also need to be conducive towards growth stocks which seem to be out of favour currently.”
With the reduction in losses and continued operating profitability, the company seems to be at an inflection point in its journey.
The key aspect to watch will be if the investors are willing to give the healthy valuation the hospitality stocks are getting recently, or will it be bogged down by the stock price dips of other start-up stocks such as PayTM and Nykaa.
In October last year, OYO had initially filed its draft red herring prospectus (DRHP) for its initial public offering of around Rs 8,430 crore (USD 1.2 billion) with the market regulator.
According to the then DRHP document, the proceeds from the public issues will be utilised for prepayment or repayment, in part, of certain borrowings availed by its subsidiaries, funding organic and inorganic growth initiatives, and general corporate purposes.
Founded in 2012 by young entrepreneur Ritesh Agarwal, one of India’s unicorn firms OYO is a leading new-age technology platform empowering the large global hospitality ecosystem. (ANI)