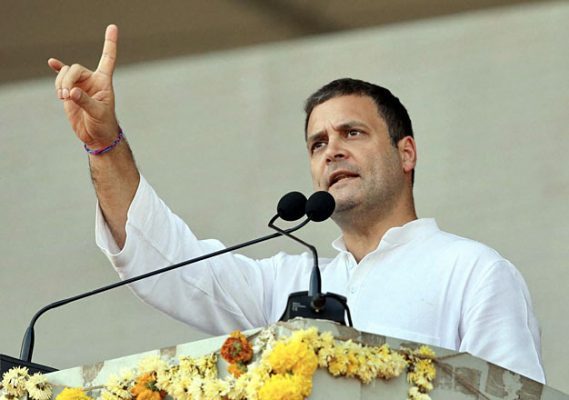 NEW DELHI: Congress president Rahul Gandhi on Friday hit out at Prime Minister Narendra Modi over the Centre’s move to authorise 10 agencies to intercept  information on any computer system, saying converting India into a police state won’t solve his problems but only proves he is an “insecure dictator”.

“Converting India into a police state isn’t going to solve your problems, Modi Ji. It’s only going to prove to over 1 billion Indians, what an insecure dictator you really are,” Gandhi said on Twitter.

The Government has said it has authorised 10 central agencies to intercept, monitor and decrypt all the data contained in “any” computer system and asserted that this was being done to prevent “any unauthorised use of these powers”.

The new order, issued late Thursday night, “does not confer any new powers” to any security or law enforcement agency, the Union Home Ministry said in a statement. (AGENCIES)