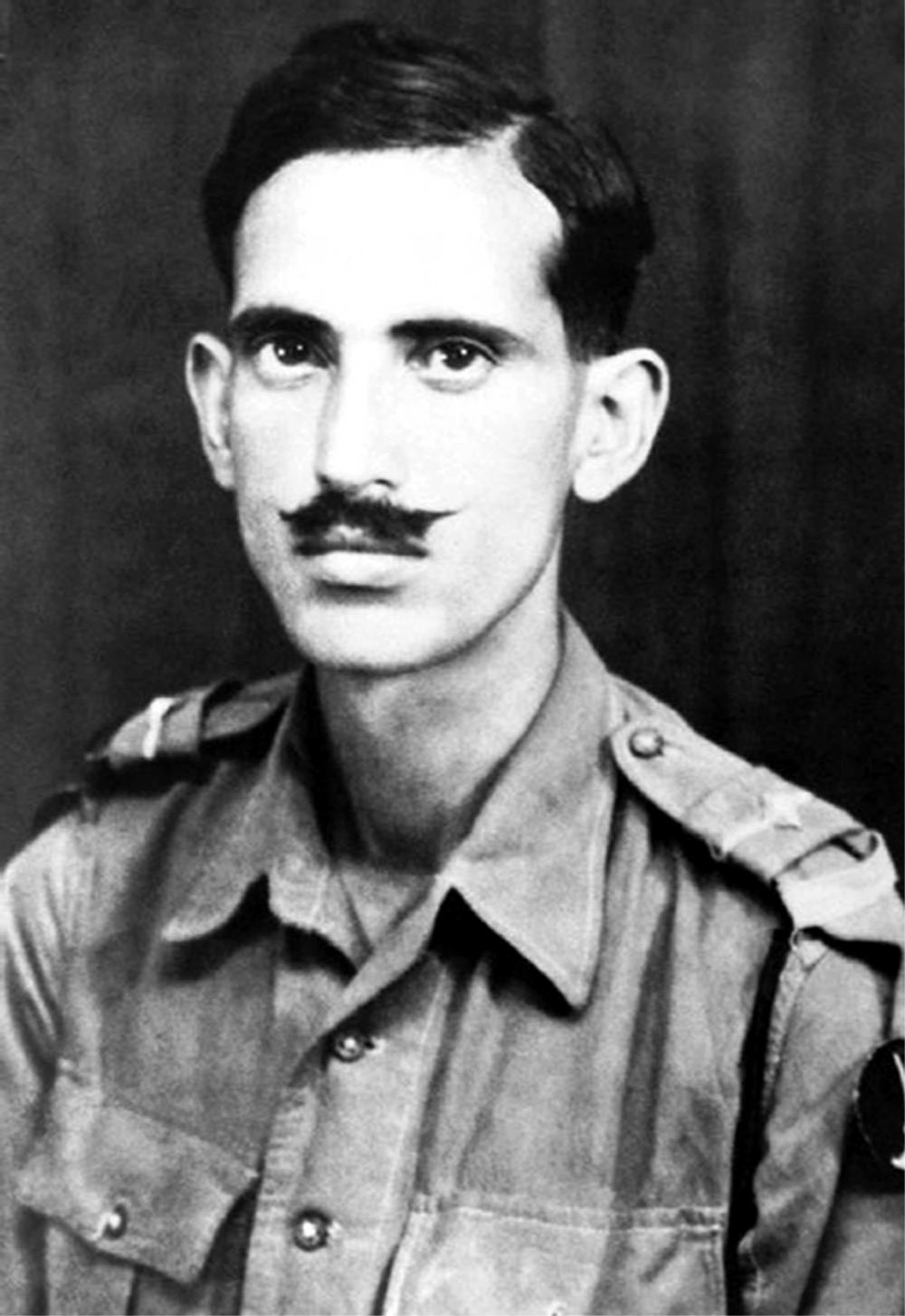 Col J P Singh
Jem Parkash Singh Chib was born on 1st April 1913 at Chibe-Chak in Hiranagar, where his ancestors had migrated from Batala. To cherish his dream, he joined British army. His unit, ’14th Battalion of 13th Frontier Force’ fought WW II in Burma.
His Platoon (Pl) was deployed at Kanlan Ywathit Post in Burma which was the forward post of the Company. At about 11 PM, on the fateful night of 16-17 February 1945, the Japanese attacked his post in great strength, supported by artillery, mortars, machine guns and flame throwers. It was series of fierce and bloody attacks on the position. At about 11.30 PM Jem Parkash Singh was severely wounded in both ankles by enemy machine gun fire and was unable to walk about. On being informed of his injury, his Company Commander (Coy Cdr) ordered him to be brought to the Coy HQ for First Aid. After a short time his relief was also wounded. Hearing this, Jem Parkash Singh crawled forward to his Pl, dragging himself on his hands and knees and again took over the command of his sub-unit.
Past midnight hours, when his Coy Cdr visited the platoon area, Jem Parkash Singh was seen firing his platoon 2 inch mortar, the crew of which had been killed. Coy Cdr heard him shouting encouragement to his men and directing their fire. Having expended the 2 inch mortar ammunition, he crawled around the position collecting ammunition from the dead and wounded. He distributed this ammunition amongst surviving soldiers. As one complete section of his Pl had become casualties, Jem Parkash Singh took over this section’s Bren Gun and held the section’s perimeter single handed until reinforcements arrived. He fired the gun at this stage from a position completely in the open as he was unable to stand up in a trench. He was again wounded in both legs above the knees by a burst of machine gun fire. In spite of intense pain and the loss of blood from his wounds, he determinedly continued firing the Bren Gun. And he dragged himself from place to place by using his hands, as his legs were completely crippled. He continued to direct his men by which they successfully held up the fierce Japanese assault. At 1.45 AM on 17 February 1945, Jem Parkash Singh was wounded for the third time in the right leg and became so weak from the loss of blood that he was unable to move. Bleeding profusely and lying on his right side with his face towards the enemy, he continued to direct the action of his men, encouraging them to stay their ground. While nearing his glorious end, the brave commander shouted the Dogra War Cry, ‘Jawala Mata Ki Jai’ which echoed in the rest of the company. Men jumped out off their trenches and engaged in hand to hand fight killing Japanese ruthlessly. His personal example and leadership at this period so inspired the company that the enemy was finally driven out from the position.
At 2.30 AM, Jem Parkash Singh was wounded for a fourth time, this time in the chest by a Japanese grenade. He died a few minutes later telling his Coy Cdr not to worry about him for he could easily look after himself.
Throughout the period of intense hand to hand fight and heavy machine gun and grenade fire from 11 PM until the time of his death at about 2.30 AM, Jem Parkash Singh conducted himself with conspicuous determination and bravery with complete disregard to severe wounds, very rare in the battlefields. There is no denying that his inspiring leadership and outstanding devotion to duty, when mortally wounded, played an outstanding role in finally repelling the Japanese mighty attack with heavy casualties.
He was cremated in Burma. But no Samadhi or memorial has been made on that spot in his memory. Jem Parkash Singh’s name is however conspicuously inscribed in the Rangoon War Memorial amongst five Indian and seven other commonwealth VC awardees. Maharaja Hari Singh recognized his martyrdom and awarded him a war Jagir in Rajbagh, Kathua, where his grandsons presently live.
Later at the initiative of late Th. Raghunath Singh Chib, IAS, who had been DC Jammu, a statue of Jem Parkash Singh Chib was installed at their Devsthan at Nud, near Akhnoor. A Victoria Cross Charitable Society has been formed by the Chib Bradri. To commemorate his glory, they organise a public function on his Martyrdom Day. This year the commemorative function is being held at 11 AM on 17 February 2019 (Sunday) at Nud. It will be presided over by GOC 10 Inf Div, as ex-officio Chairperson of the Charitable Society. The Chib Bradri deserve compliments for organizing this event in honour of their renowned ancestor, not as Bradri icon but as Dogra icon.
What we do in life echoes in eternity is a lesson from Jem Parkash Singh’s legend. Stories of Gen Zorawar Singh, Jem Parkash Singh and Brig Rajinder Singh are eternal to Dogras. Duggerland has innumerable such martyrs who have left their foot prints on the sands of war theatres. They must be remembered. The Voice of Dogras, an NGO of inspiring youth, besides others, is in the forefront in remembering our warriors and must be emulated. It is because of them that we have songs like “aas Dogre han akhne han shane kane, asi jitian ne jangan ghamsane kane”.