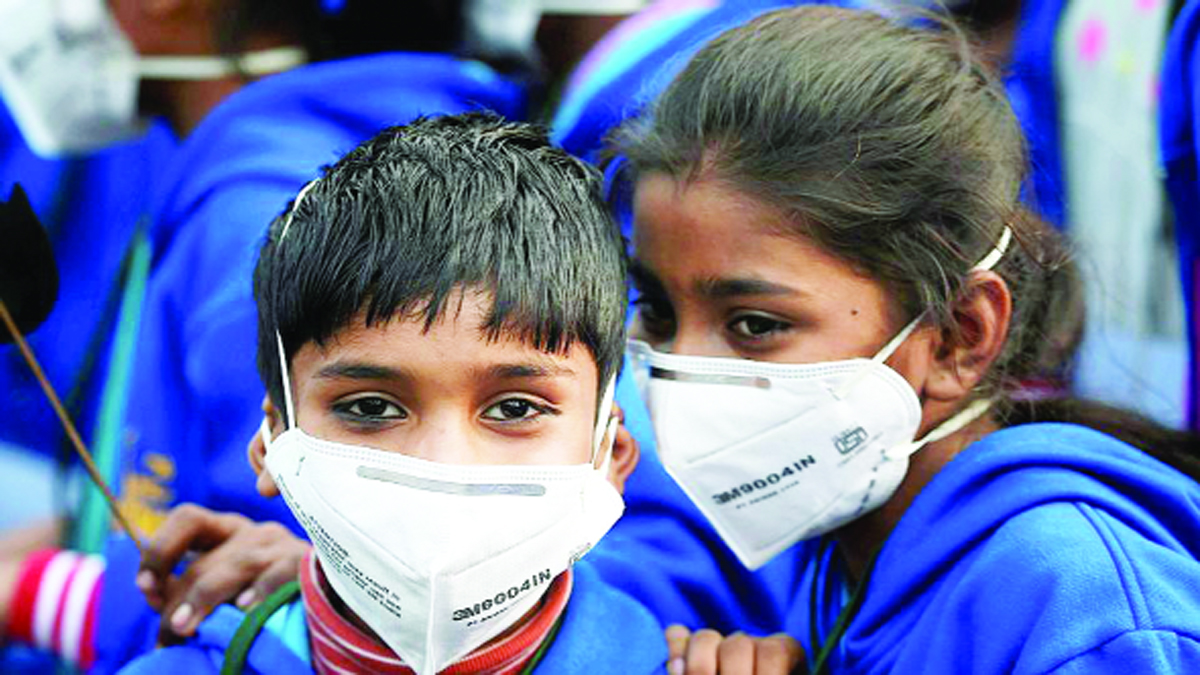 Anuj Verma
Present “Apathy” and a “Casual Approach” adopted by Babus, Policymakers, Environmentalists and Common Masses in handling Air Pollution crisis in North India, since last 4-5 years, Indicates; How much insensible and irresponsible is Indian Society towards Environment and Human Health?
The World Health Organization (WHO) recently released an updated list of most polluted cities globally. It turns out that if we rank cities on the basis of average annual PM2.5 concentration for the year 2016, 14 of the 20 most polluted cities are in India. India’s air pollution problem extends far beyond the more than 20 million residents of New Delhi. India’s northern belt is one of the most densely populated parts of the planet. The industrial hub of Kanpur, home to three million people, is followed by 13 Indian cities on a World Health Organization (WHO) list of places with the worst air.
Really An Alarming Situation!
But, most of us, including farmers, industrialists, transporters, brick kiln owners, Environment Ministry, Kejriwal is unrelenting and busy in saving/ earning money/ blaming others or singing communal/ religious/ political/ self appraisal songs like Robots. Kejriwal doing “Odd Even” since last couple of years, distributing fifty lac masks free of cost, blaming Punjab, Haryana and GoI.
Big advertisements on National Media showcasing “Kejriwal”, “Farishte”, “Odd Even”, “Bijli Pani” etc. etc. etc. etc. etc.
Off course, must not be free of cost, must have spent hundreds of crores of rupees in these self appraisal advertisements….Oho! Assembly Elections of Delhi are approaching.
A Big Question arises in my overactive mind; Couldn’t the Honorable Chief Minister of Delhi and our Environment Ministery plan enough, since last four years, to buy and install fifty odd “Smog Towers” for Delhites.
Central Environment Ministry watching the show without any reaction.
The Finance Ministry reduces the Corporate Taxes, drastically; but doesn’t think it Wiser to impose a new “Environment Cess ( between 2 to 3%)” on total tax payable by Businesses, Industries, Corporates and Salaried Classes, so as to garner sufficient funds to buy and install “Smog Towers” in all Indian cities and set up Eco-industries to buy stubble/ paddy straw and recycle same into environment friendly products?
Farmers in India’s breadbasket states of Punjab and Haryana, unrelentingly, continue burning off rice paddy straw and stubble every year in preparation for the winter sowing season. The State Governments, more or less, watching hapless; only symbolic or insufficient steps taken, that too after strictures are passed by the Honorable Supreme Court of India.
Coal and other fuel based industries, brick kilns, cement grinding units, chemical pesticides industries and diesel trucks, trains & other passenger/ commercial vehicles continue emitting highly hazardous pollutants in our air.
Businessmen finding new opportunities in this serious “Air Pollution” confronting poor & rich equally by opening up costly “Oxygen Bars” for rich people, encashing this crisis by selling 15 minutes of oxygen for Rs. 300/-.
Inferior, Superior, duplicate, orginal, effective, ineffective Masks selling like hot cakes.
People can spend money for buying few minutes in pure Oxygen Chamber and purchase costly Masks, but cannot contribute money enough to donate to the poor governments to ask them to buy and install “Smog Towers”; to donate money for contributing towards a collective fund for recycling of agricultural stubble into fuel, paper, cardboards, eco bricks etc.
So called Elite Class students of JNU are not agitated or concerned over the “Air Pollution Crisis”, they are on roads, taking long protest march towards the Indian Parliament, on pretext of peanuts hike in hostel charges.
Is this the direction our Indian People’s Society going towards?
feedbackexcelsior@gmail.com