Give ear to the anecdote of my nation.
When the world advanced to heights
We were tossing and turning fights.
Soon Britishers paved their ways out
Stint was our’s to be the nation’s audacious scouts.
Painful memory of partition led to deliverance.
But, the real challenge was ahead
Will Democracy work in a country
Where it’s people starved for a single bread.
Amidst hefty populace and abjection stricken role
We had the nerve to experiment with nations soul.
Elections were at the vertex
Those outside… Engrossed in golden words.
Democracy can only work in a high heeled nation with swanky hoards.
If somehow we miss the boat of democracy…
We may oust our frontiers
However, we were geared up as valorous volunteers.
Results were unexpected.
For those who were dubious…
Now they awed… Even if were flawed.
We proved to be the largest democracy in the world.
Surely India is an out of the blue nation.
Went from riches to rags and rags to riches.
Struggle started from servitude and stood at emancipation.
Long live my nation. Long live it’s people.
Rishita Manhas

The desired , required and received ..

It’s no wonder that every little heart desires something , taking away its tranquility ,
And that’s how all of us possess a heart gifted with fragility !
What it desires , may be way more different than what it actually requires ,
But this fact , by no means , helps to hose down the fire .
That burns us to the depth of our bones ,
Because we can’t afford to pay back the emotional loans .
That once we had got with our self assurance so high ,
As we never imagined back then that what we want can
actually differ from where our fates lie !!
The hardest we try to make our desires and requirements one ,
Until and unless each of our heart’s effusive ache says it’s done ..
“It’s done!” , is the most undersireable thing one’s self can ever say ,
And that’s exactly when all the colours suddenly disguise as black and grey .
So , now “black and grey” is what we apparently recieve ,
But it’s just a way for our fates to give us no reasons to live .
To tell us what we’ve actually got when, in our eyes, we’ve nothing left ..
To teach us that when we didn’t desire , we had still slept.
Taking time as a baby takes steps , our fate , once again , plays the game of colours ,
But now , it’s time to take off the covers .
That had once made every colour to be in disguise ,
And now it’s time for us to roll the dice !
What we want may never correspond to what we need
But for sure , what we receive is the best fruit for the sown seed !
The one we had sown in an attempt to get the desired ,
But for the best , the orlay made the desires to fade in
front of what we received and what was required !!!! 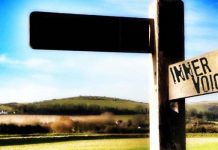 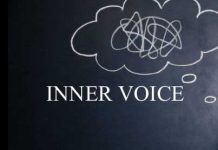