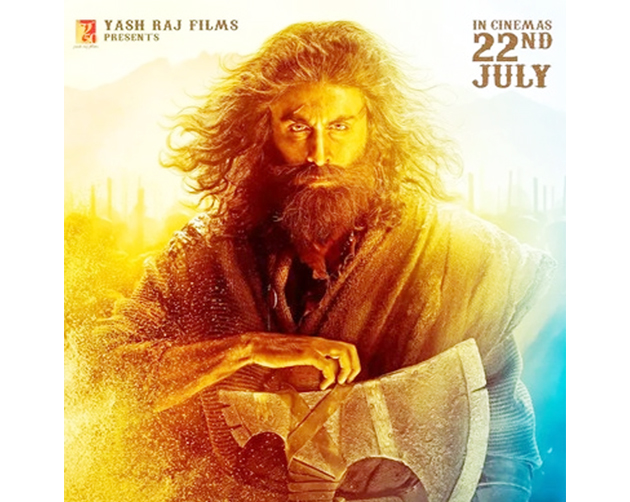 Bollywood actor Ranbir Kapoor in an interview with Nitin Waghela on the sidelines of the film’s promotion in New Delhi shares his learnings and experiences while making the period-action film Shamshera. The film is set in the backdrop of 1800s with the storyline of a dacoit tribe and their fight for independence against the British rule.
What new learnings were you able to implement during the making of this film?
In this film, as an actor you need a lot of conviction in order to say certain dialogues and do action sequences. I had never done it before and it took me these 15 years to gain that confidence and conviction to be able to do so.
You did a double role in Shamshera, was this decided upon from the beginning?
Initially, when I had read the script I was only offered the role of the character Balli but later on the greedy actor in me came alive and I asked Karan Malhotra and Adi Chopra to allow me to also enact the role of Shamshersa.
The work tripled up but the experience remained amazing.
The Storyline: In the fictitious city of Kaza, a warrior tribe is imprisoned, enslaved & tortured by a ruthless authoritarian Shudh Singh. Shamshera (played by Ranbir) is a legend for his tribe who relentlessly fights for his tribe’s freedom & dignity.
People have a perception that actors earn heftily, how true is it?
There are a lot of people that the money goes to. It’s the pockets of distributors, exhibitors that get filled first and then what’s left is taken by the producer. The director and actor don’t get anything.
Was your beloved father aware about your choice to be a part of Shamshera, and what did he think about it?
When I signed Shamshera, my father was very happy because earlier he had this complaint that my film choices are ‘bakwaas’ and it doesn’t reach the masses. Unfortunately, he hadn’t seen any of the poster, the trailer or the rushes of the film, but I hope he is somewhere up there smiling and proud of me.
Cast: The film stars Ranbir Kapoor in a dual role along with Sanjay Dutt as the antagonist. The film also stars Vaani Kapoor, Ronit Roy, Saurabh Shukla and Ashutosh Rana. It is billed as one of the expensive Bollywood films made on a budget of INR 150 crore.
Any special memory that you still recall when you filmed the biopic ‘Sanju’ based on your co-actor Sanjay Dutt?
There was this movie of Sanjay Dutt called Aatish shot in Mauritius where you could see him on a boat with his hair flying and wearing a cross earring.
While doing the ‘Sanju’ biopic, the first thing that the art director asked me to do was a photoshoot, as they wanted me to replace my face with that look and put it on the wall.
It was the same poster of Sanjay Dutt that I had grown up with and was in my cupboard. This also comes to show that you should always dream in life because they come true. (TWF)