Excelsior Correspondent
GANDERBAL, Oct 17: Lieutenant Governor, Manoj Sinha today visited Ganderbal and reviewed the developmental scenario in the district. He took detailed assessment of the status of implementation of various central and UT government schemes, besides assessing the performance metrics of different departments.
Taking note of the overwhelming progress made in the implementation of various social sector schemes, he complimented the Deputy Commissioner, Krittika Jyotsana & her team and directed for 100% saturation of various initiatives and measures taken by the Government so that maximum benefits percolate to the deserving and needy.
The Lt Governor directed all the concerned departments to redouble their efforts and strive for saturation of all Central and UT level social security and welfare schemes, adding that these schemes are launched with the purpose to improve socio-economic condition of the people.
Observing that the infrastructure projects are being completed at a remarkably brisk pace, the Lt Governor instructed officials for furthering pro-active and people-centric governance to bring about a qualitative improvement in the quality of life, and ease of living of people.
“Timely implementation is the key to sustainable development. No delay will be acceptable”, he added.
Two senior officials of the Jal Shakti Department, Superintending Engineer, and Technical officer were attached for unwarranted delay in implementation of various projects.
On the occasion, the Lt Governor passed explicit directions to the district administration to identify minimum five Youth from each panchayat of the district who need assistance for starting their own ventures. He directed for sustained handholding of such budding entrepreneurs by way of enhancing their technical know-how, skilling, and financial assistance.
The Lt Governor said that there is no dearth of funds and government is committed to provide all support to the Youths who want to realize their dreams.
Earlier, Deputy Commissioner, Ganderbal gave a brief overview of the developmental activities and department-wise achievements under District Capex, Languishing projects, and Back to Village program in the district through a PowerPoint presentation.
While taking stock of the status of projects under Capex, Languishing, and B2V program, the Lt Governor emphasized on speedy execution and timely completion of all remaining projects. The Lt Governor directed for 100% physical verification of works.
Enquiring about timelines for the completion of power projects of transmission and distribution augmentation, the Lt Governor directed for maintaining sufficient stock of transformers and instructed the concerned officials to reduce the AT&T losses by 15% in three months.
Reviewing the work done by Public Works Department, the Lt Governor directed its functionaries to pay focused attention on preventing the damage to the roads in winters. He asked him to make an advance plan for macadamisation of roads.
The Lt Governor took a comprehensive review of the implementation and progress of various Centrally sponsored and UT Government’s schemes and programmes like Mission Youth, MUDRA, MUMKIN, SAKSHAM, TEJASWANI, Youth Clubs, PMAY, MGNREGA, SBM, Pradhan Mantri Ujwala Yojana, NRLM, besides other Beneficiary Oriented Schemes like PMKISAN, Ayushman Bharat and others.
Later, the Lt Governor also interacted with the DDC Chairperson and members, representatives of PRIs, ULBs and received their valuable suggestions. Political leaders also presented their views and suggestions on various issues of public importance.
The Lt Governor heard all the issues and demands put forth and said that necessary steps will be taken for their redressal.
Dr Arun Kumar Mehta, Chief Secretary; Nitishwar Kumar, Principal Secretary to the Lt Governor; Pandurang K Pole, Divisional Commissioner, Kashmir; Sujit Kumar Singh, DIG North Kashmir Range; Nikhil Borkar, SP Ganderbal besides all district and sectoral officers were present on the occasion. 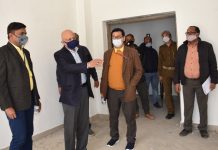 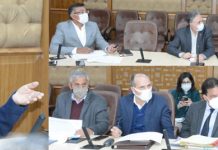 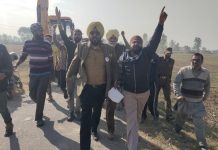 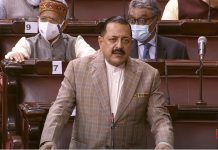 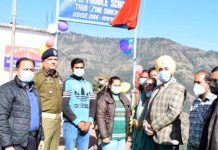 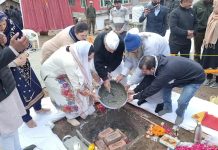 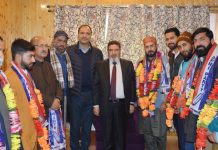 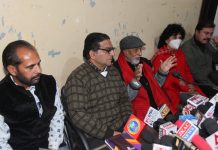 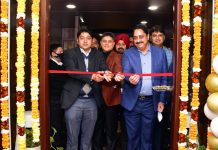 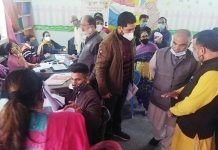 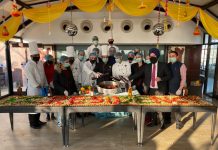