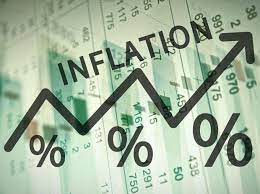 London, July 2: Inflation in the 19 countries that use the euro currency hit a record 8.6% in June, pushed higher by a strong increase in energy costs fuelled partly by Russia’s war in Ukraine.
Food prices also picked up pace.
Annual inflation in the eurozone surged past the 8.1% recorded in May, according to the latest numbers published Friday by the European Union statistics agency, Eurostat.
Inflation is now at its highest level since recordkeeping for the euro began in 1997. (AP)