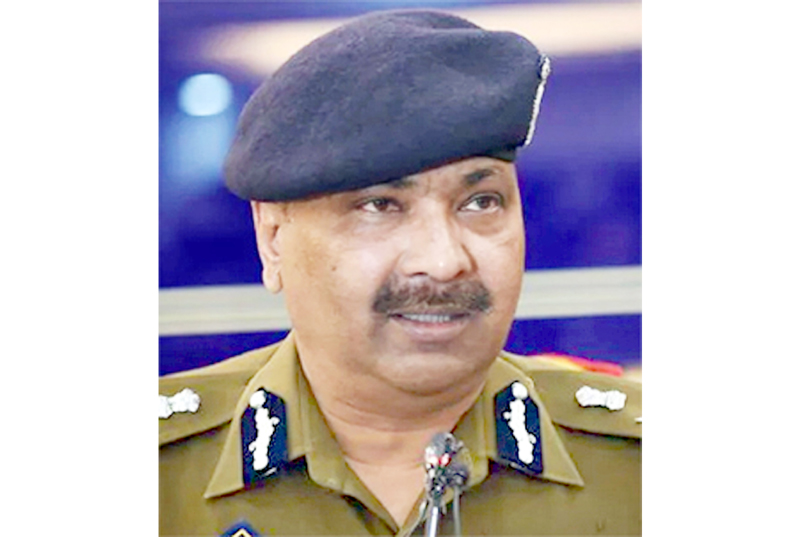 SRINAGAR, Sept 2: The Director General of Jammu and Kashmir Police, Dilbag Singh, said today that infiltration of militants into Kashmir this year is almost zero but drug smuggling for funding militancy has increased.
The DGP said this while speaking to reporters on the sidelines of a security review meeting held at Kupwara.
Singh said that infiltration is almost zero. “However, there were a few unsuccessful attempts that were made and the same have been dealt with effectively,” he added.
“Some of the infiltrations also remained successful regarding which there are reports and the same was discussed with the officers of police and army today”, he said.
The DGP said that Anti-Infiltration Grid is very strong and they deliberated its further strengthening.
“The border grid is already strong and to further strengthen it, deliberations were held. The people of Kupwara deserve congratulations because today, the militancy in Kupwara is zero and I want it to remain zero from now on,” he said.
Singh said that despite provocations by Pakistan the youth have held onto the peace. “The youth also deserve to be appreciated because they have held onto the peace and it will remain the same. There have been provocations from across the border, which is not in our favour, not in the favour of the people. We have come here after a long way. We have suffered damage to lives and property and that will be compensated only when we will stand with peace,” he said.
The DGP said that Pakistan has increased drug smuggling using it for funding militancy.
“The smuggling of drugs has increased. Pakistan is using it for funding militancy. We have to fight it because apart from funding, it is also affecting our youth. If it is not stopped, our society will fall sick,” he added.
Singh while chairing the officers meeting stressed the need for joint strategy to be followed by Polcie with other security agencies. He said that it would lead to more success in maintaining peace and order and ensuring congenial atmosphere.
He stressed to keep vigil on the anti-national and anti-social activities by increasing area domination and Naka check points. He praised Police, army and other security agencies for their role in making Kupwara a militancy free district and directed the officers to be more vigilant and keep pressure on the anti-national elements and their supporters.
The DGP stressed upon officers to identify the people and OGWs who support these antinational elements and help sustain the terror eco-system. He appreciated the recent successes of Police and other security forces against militancy in different encounters.
He said that synergy between the forces in our counter militancy grid has led to success. “Communication at the grass root level of all forces enhances this synergy,” he added.
The DGP emphasized upon the officers that while dealing with any anti-militancy activities and law and order scenario, civilian convenience and security should always be kept in mind. He said that the people of Jammu and Kashmir have stood firm with the J&K Police against the war against militancy.
Addressing the Darbar, the DGP appreciated the joint efforts of JK Police and other security forces for making Kupwara a militancy free district. He said that the Jammu and Kashmir is place were all the forces are working together for a single mission.
He said that North Kashmir districts have much importance from security point of view and it is must for all ranks to focus on better coordination among the forces to foil cross border terror and narco smuggling attempts. He said that unfortunately “we have a neighbour who is always trying to create trouble here and added that we all have to remain alert to foil their each and every evil attempt.”
Referring to the welfare measures, the DGP said that Police headquarters has been keen for welfare for the Jawans and officers and added that many schemes have been introduced to provide increased welfare measures to the members of Police Pariwar including the SPOs. He said that a number of welfare Schemes are in place to take care of serving/retire police personnel and SPO. Schemes are also for the wards of martyr Police personnel and SPOs, he added. He said that “we have kept 15% reservation for SPOs in constable recruitment.”
He appealed to the social/ religious leaders to sensitize the public, particularly the youth about the conspiracy and magnitude of the problem and added that “we have to fight it collectively.” He said that militants are using the pistols to carry out attacks in urban areas and added that in recent times Police along with other security forces have seized a huge quantity of arms and ammunition including pistols.