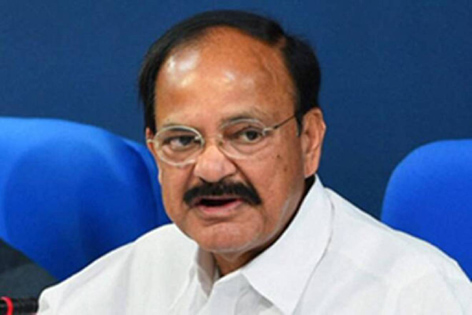 NEW DELHI, Sept 23:
Vice President M Venkaiah Naidu on Thursday called upon the industry to work with the Government to implement various reforms with greater vigour to pave the way for sustained economic growth in the coming decade.
Speaking virtually at the ‘Mystic South, Global Linkages Summit – Towards a $1.5 Trillion Economy by 2025’ organised by an industry body, he said India is now at a decisive point in regaining its growth.
“Now is the time for all the stakeholders to join hands and ensure sustained economic momentum”, he asserted.
Noting that the central government has taken a number of steps to revive the economy, he said the industry on its part must rise to the occasion and ensure that the upward growth trajectory continues.
The need of the hour, Naidu felt, is to initiate actions that return the economy to a high-growth track and create gainful jobs for millions of workers by 2030.
Stating that an annual GDP growth rate of 8 to 8.5 per cent with continued productivity growth will be required to stimulate entrepreneurship, create jobs and drive balanced progress, Naidu noted that India has been one of the 18 outperforming emerging economies over the past decade.
According to an official statement from the Vice President Secretariat, Naidu said there is a need for India to leapfrog ahead to achieve the required employment and productivity growth.
Global trends such as digitisation and automation, urbanisation, rising incomes, sustainability, health, and safety are assuming a new significance in the wake of the pandemic, he noted.
“For India, these trends could catalyse growth and become the hallmarks of the post-pandemic economy”, he felt.
The vice president also called for creating global hubs in manufacturing, agricultural exports, digital services, next-generation financial products, high-efficiency logistics, power, sharing economy and modern retail.
Referring to the significance of the service sector in the Indian economy, he said it currently accounts for over 54 per cent of the economy. With the ongoing vaccination drive, the service sector can expect to witness a revival.
On the focus of the summit on South India, Naidu said the aspiration for the southern region to become a $1.5 trillion economy by 2025 is certainly achievable. One trillion is equal to one lakh crore. Naidu advised the southern states to focus on reforms, ‘Ease of Doing Business’ and adopt the best practices to attract investments. Listing out the opportunities in the region, he said South India combines manufacturing with services, culture with modern values and education with skills.
Pointing out that most of the southern states rank amongst the top in terms of ‘Ease of Doing Business’ rankings, he cited entrepreneurship, skilled workforce, presence of reputed educational institutions, leading IT companies, modern medical infrastructure and excellent connectivity between important cities as some of the major advantages of the region. (PTI)