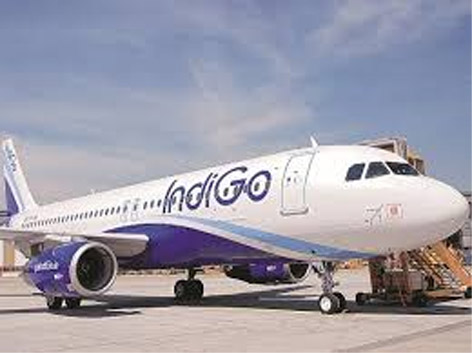 NEW DELHI, Feb 23: IndiGo is in talks with Sydney-based Qantas Airways and its wholly owned subsidiary Jetstar Airways on codeshare agreements, which allows an airline to sell other airline’s seats, officials said.
Currently, IndiGo has a two-way codeshare agreement with Turkish Airlines and a one-way codeshare partnership with Qatar Airways.
In a two-way codeshare agreement, each airline on its distribution system can sell seats on other’s flights.
“IndiGo is currently in talks with Qantas Airways and Jetstar Airways regarding codeshare partnerships. With Qantas, it is likely to be one-way but with Jetstar, it is likely to be a two-way codeshare agreement,” said an IndiGo official privy to the development.
The official added that IndiGo’s relationship with Qantas may be similar to that of Qatar Airways where it can sell 20 seats on each IndiGo flight connecting Doha with Delhi, Mumbai and Hyderabad.
“These 20 seats on each IndiGo flight are blocked for Qatar Airways. It means, as IndiGo operates two daily return flights on Delhi-Doha, Mumbai-Doha and Hyderabad-Doha route, total 240 seats are blocked daily for Qatar Airways’ passengers,” the official added.
In November last year, Qatar Airways had signed a one-way codeshare agreement with IndiGo that allows its passengers to book seats on the latter’s flights connecting Doha with the three Indian cities.
A second IndiGo official stated that the partnership with Melbourne-based Jetstar would likely be a two-way codeshare agreement, similar to the one it has with Turkish Airlines.
In response to queries sent by PTI, Qantas Airways and Jetstar Airways said in a joint response,”We regularly explore new partnership opportunities to offer our customers more seamless travel experiences, but we currently have no updates to share.”
With around 47 per cent share in domestic air passenger market, India’s largest airline has been focusing on international traffic for further growth.
In 2019, the low-cost carrier started operating flights between India and Singapore, Vietnam, Myanmar, China and Saudi Arabia.
In October 2018, IndiGo had signed two-way codeshare agreement with Turkish Airlines allowing either of the airlines to book seats for its passengers on each other’s flight.
Bilateral flying rights between India and Turkey allow each country’s airline to fly 14 flights per week to another country. As IndiGo already flies two daily flights to Istanbul, there is no scope to start additional flights to Turkey.
“Our codeshare partnership with Turkish Airlines has been extremely fruitful,” said the second IndiGo official.
However, as bilateral relationship between India and Turkey have nosedived in the last few months due to the latter’s multiple statements against India on the Kashmir issue, IndiGo does not expect increase in flying rights with Turkey. (PTI)