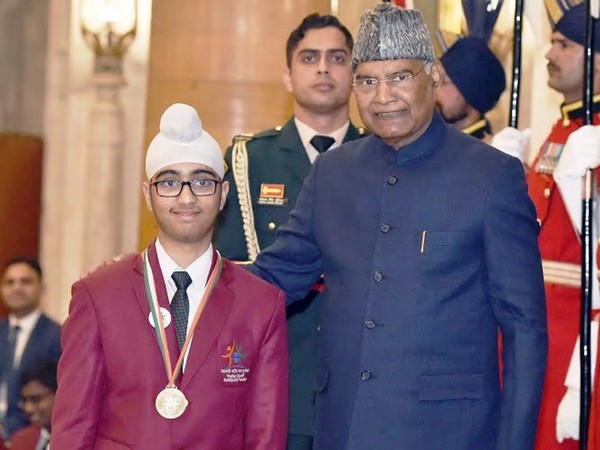 Srinagar, Dec 6: Onkar Batra, a 12th-grade student of BSF Senior Secondary School Jammu, has gained another accomplishment as the Indian Space Agency-ISRO will launch the country’s first open-source satellite, “InQube,” developed by him this month.
The satellite prepared under the banner of Paradox Sonic Space Research Agency is going to be launched this month with the help of ISRO.
Talking about this project, Onkar Batra said that it weighs one kilogram and has been developed with the help of nanotechnology. He said that many universities and researchers in foreign countries are doing such work, so they decided to launch it in space with the help of India’s ISRO agency.
The cost for its launch in India is Rs 20-80 lakhs, while in foreign countries this price goes into crores. He said that every satellite launched into space has a special mission.
It also has two missions. One is whether such a lightweight satellite can work in space, the other will look at the temperature there to help researchers know what the weather conditions are like and how hard it is if they want to launch a satellite in space. Ware should be used.
Onkar Batra, who is also the Chief Executive Officer of Batra Technology, received the National Ball Shakti Award from the President of India, Ram Nath Kond, for creating an interactive website for Covid-19. Two years ago, the Government Medical College Jammu developed the Quaidcare website with the help of doctors, with the help of which around fifty people could contact a doctor at a time.
Onkar Batra created the first website when he was seven years old and made a place in the Guinness Book of World Records by becoming World’s Youngest Webmaster (male).
And at the age of 12, he became the world’s youngest theoretical author by writing his book ‘When The Time Stops’. He has created two companies, one was Batra Technologies in 2018 and the other was United India Publishing in 2019. (Agencies)