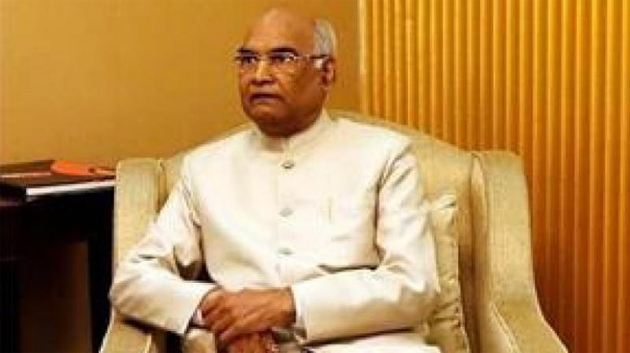 NEW DELHI, May 16: India’s GDP and larger developmental process will gain momentum over the coming decades and in turn bolster the mining and minerals sector, President Ram Nath Kovind said today.
He also asserted that eventually the local communities must benefit from the discovery, extraction and development of mineral resources.
The reform process set in motion in the mining sector four years ago is bearing rich dividends and will enhance the fiscal health of states, Kovind said at the National Geoscience awards event here.
“India is one of the fastest growing major economies in the world. Our GDP as well as our larger developmental process is set to accelerate over the coming decades. The mining and mineral sector is poised to grow as a result of this expansion of the economy. At the same time, it will also be a driver of economic expansion,” he said.
India’s per capita consumption of many resources and commodities is still very low by global standards and there is room to grow, he said, adding that as more cities, houses and infrastructure are built, the use of key resources will rise.
Kovind said India needs high-quality research initiatives for sustainable, ecologically-friendly resource generation – and meaningful investment in technological innovation in the mining sector.
“That is why reforms in the mining sector have been pushed by the government over the past four years. These reforms, including amendments to existing laws and establishing a more equitable system of royalties, are starting to show results,” he said.
Stating that a number of mineral blocks are being explored, he said steps taken by the Ministry of Mines have led to identification of promising mineral blocks in states for auction and this will go a long way in enhancing the financial health of the states – and allow them to spread the benefits from mining of resources.
However, he cautioned, “We must be mindful of the human side of mining. Many of our mineral resources are found in regions that have been the home of tribal communities for generations.
“It is important that these communities are part of the prosperity that the mining economy creates. Rehabilitation and resettlement of our tribal brothers and sisters… Must be done in a sensitive and satisfactory manner.”
At the same time, he said, the mining process itself must incorporate the best available safety and health mechanisms for mining workers as well as for their families, who often stay in close proximity to mining sites besides minimizing the environmental impact of mining and resource extraction.
“If this requires using technologies that add to extraction costs, then we cannot shy away from that. India must mine more – but India must also mine better and in a sustainable manner,” he emphasised.
The President further said that social expectations from the geoscientific community have increased significantly in recent years.
He added that with deep understanding of landform dynamics, it has an important role to play in enhancing agricultural productivity and farmer incomes; in providing a bedrock to the Smart Cities initiative; and in helping citizens fight the challenge of water scarcity, which has emerged as a pressing problem.
He said, “The implications of geosciences are not limited to just prospecting mines. Whether it is to build railway lines or communication corridors; make assessments for river linking projects or investigate natural hazards such as earthquakes and landslides; manage our coasts and deserts in a time of climate change; or add value to agriculture and help develop new urban centres – the applications of geosciences are extremely diverse and extremely useful.”
Kovind also stressed the need for assessing the potential of offshore resource base saying exploration by marine geoscientists must be encouraged as India has a long coastline and a sizeable marine zone that holds many treasures and “So far we have scratched the surface.”
He said that in March 2020, less than two years from now, India will host the 36th International Geological Congress, the biggest in the world.
Rural Development, Panchayati Raj and Mines Minister Narendra Singh Tomar said 36 blocks bearing major minerals other than coal, explored by GSI and auctioned recently will fetch additional revenue to the tune of Rs 1.11 lakh crore to states.
He said adequate provisions under the Mines and Minerals (Development) and Regulation Act has been done and District Mineral Funds have been created to address the concerns of villagers impacted by mining in mineral-rich states. (PTI)