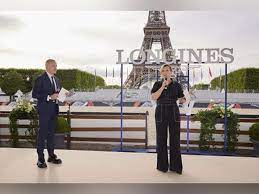 New Delhi, June 25: The Government on Saturday said the country’s domestic raw coking coal output may touch 140 million tonnes (MT) by 2030 from the present 51.7 MT.
Coking coal is an essential raw material for the production of iron and steel.
“With…Transformative measures taken by Ministry of Coal under ‘Atmanirbhar Bharat’ initiative of PM, domestic raw coking coal production is likely to reach 140 MT by 2030,” the coal ministry said in a statement.
To further increase the output of raw coking coal, the Centre has auctioned 10 coking coal blocks to the private sector, with a peak rated capacity (PRC) of 22.5 MT during the last two years. Most of these blocks are expected to start production by 2025.
The ministry has also identified four coking coal blocks and the Central Mine Planning and Design Institute (CMPDI) will also finalise geological reserves (GR) for 4 to 6 new coking coal blocks in the next two months, the statement said.
These blocks may be offered in subsequent rounds of sale for the private sector to further step up domestic raw coking coal supply in the country.
Coal India Ltd (CIL), which accounts for over 80 per cent of domestic coal output, has planned to increase raw coking coal production from existing mines up to 26 MT and identified nine new mines with peak rated capacity of about 20 MT by FY25.
Also, CIL has offered six discontinued coking coal mines, out of the total 20 such mines, on an innovative model of revenue sharing to the private sector with an expected PRC of about 2 MT, according to the statement.
The country produced 51.7 MT of raw coking coal during 2021-22, which is 15 per cent more compared to 44.8 MT during FY21.
Domestic raw coking coal production continues to witness an increasing trend in the current fiscal as well with the production of 8.3 MT, as per the figures up to last month, which is 20 per cent more compared to 6.9 MT during the same period of the previous year.
At present, the domestic raw coking coal washing capacity is about 23 MT per annum.
CIL plans to set up and operationalise nine more new washeries with a capacity of 30 million tonnes per annum (MTPA).
With the setting up of new washeries, it is estimated that CIL will be able to supply about 15 MT of washed coking coal to the steel sector, thereby reducing the import of coking coal.
There is a need to set up more washeries to enhance capacity to meet the fast-increasing demand for coking coal in the country. During FY22, CIL supplied 1.7 MT of washed coking coal to the steel sector and has set a target of 3.45 MT for FY23, as per the statement. (PTI)