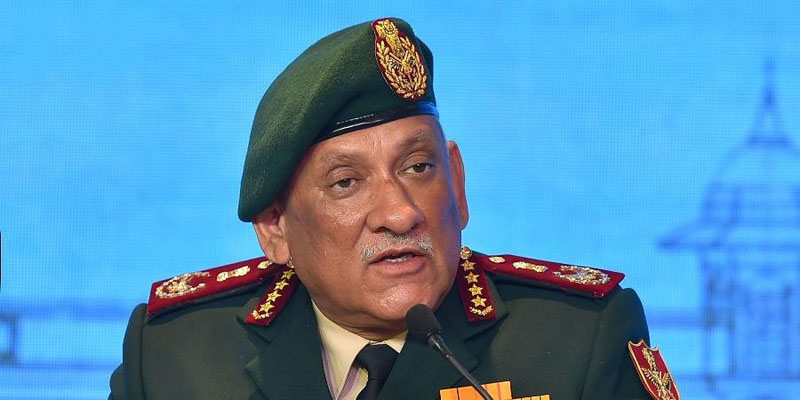 NEW DELHI, Oct 11:
The Indian private industry must step in to provide cutting-edge space technologies and products to boost operational capabilities of the Indian armed forces, Chief of Defence Staff General Bipin Rawat said on Monday.
“Space and cyber domains have become critical to our ability to undertake operations across the spectrum, both in peace and conflict,” he said.
While the Indian Space Research Organisation (ISRO) will continue to provide leadership and guidance, the expanding needs of the nation and the armed forces require that the private industry must step in and step forward, General Rawat said.
“The armed forces look forward to the Indian industry to provide products and innovations…And cutting-edge technologies towards war winning capabilities,” he said.
The CDS was speaking at the launch ceremony of the Indian Space Association, a space sector industry body comprising companies such as Bharti Airtel, Larsen and Toubro, Agnikul, Dhruva Space and Kawa Space.
Opening of our space to the private industry in India is indeed a landmark and historic decision which was taken by the prime minister in June last year, he said.
The privatisation of the space industry will catapult the space industry into the future as the central driver of nation building, the CDS said. “The concept that higher exploratory space domain, research and development activities, new technologies, human space flights, continues to be ISRO’s mandate while many upstream and downstream space products as well as technological innovations be taken over by the private industry is an idea whose time has finally come,” he said. The initiative will surely help in making India a new global space hub in the years ahead, General Rawat said.
Like the armed forces the world over, the Indian armed forces are significant users of diverse space products including communication, position navigation and timing, and of course, intelligence, surveillance, and reconnaissance, he said. (PTI)
“And apart from this, space situational awareness, and protection of our space based assets have become important domains,” the CDS said. (PTI)