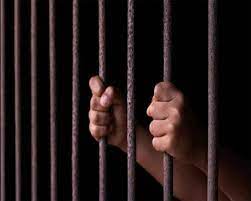 Singapore, Sept 6: A 27-year-old Indian-origin Singaporean has been sentenced to jail for two years for driving an ambulance under the influence of alcohol and causing an accident during which his passenger was injured.
G Mohanavarooman Gopal Oyyappan, who was sentenced to jail on Monday, had 183 mg of ethanol in every 100 ml of his blood, more than double the prescribed drink-driving limit of 80 mg per 100 ml.
He was behind the wheel of a private ambulance that belonged to his employer in 2020, shortly after the relaxation of movement restrictions due to the COVID-19 pandemic.
He then collided with some guard rails in the middle of Seletar Expressway (SLE).
On Monday, Mohan was also fined 4,000 Singaporean dollars and disqualified from driving all classes of vehicles for 10 years upon his release from prison.
He began serving his sentence immediately, according to a report by TODAY tabloid newspaper.
Oyyappan pleaded guilty in July to four charges including drink-driving, dangerous driving causing grievous hurt and driving without a valid Class 3 or 3A licence.
He also admitted to an unrelated charge of voluntarily causing hurt.
About six months before the ambulance accident, he got into a fight while drinking at a coffee shop and punched a patron in Punggol Housing Estate.
For dangerous driving causing grievous hurt, Oyyappan could have been jailed for up to five years.
As he is a serious offender, he could also additionally have been jailed for up to a year and fined up to 10,000 Singaporean dollar. (PTI)