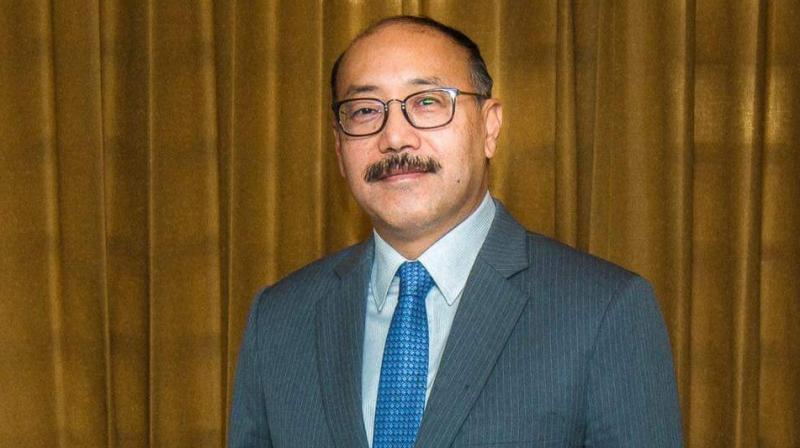 NEW DELHI, Dec 14: The Indian economy is rapidly recovering from the pandemic-induced downturn and is returning to its trajectory of rapid growth, Foreign Secretary Harsh Vardhan Shringla has said.
He also said India’s trade figures are promising and that the total foreign direct investment the country received in the current financial year stood at USD 81.72 billion (one billion is equal to 100 crores), the highest ever.
In an address at the India Global Forum on Monday, Shringla said an ambitious target of USD 400 billion of exports has been set for the year 2021-22 and an “unprecedented push has been given to negotiating trade pacts with various countries.
He said trade agreements are currently being negotiated with the United Arab Emirates, the UK, the European Union, Israel and several other countries.
The foreign secretary also showcased various ambitious structural reforms rolled out by the government in the last few years to enhance economic openness, good governance and global competitiveness.
He said the country has also emerged as a major green energy hub having one of the most ambitious solar energy production capacities in the world.
“The Indian economy is rapidly recovering from pandemic induced downturn and is returning to its trajectory as a rapidly growing economy,” Shringla said at the event held in Dubai.
The foreign secretary said the Economic Survey 2020-21 pointed to a strong “V-shaped” recovery of economic activities.
“According to the RBI, Indian GDP grew 20 per cent year-on-year in the first quarter of this year. The IMF has projected a 9.5 per cent growth rate for this year, close to double digits,” he said.
Shringla said the “Atmanirbhar Bharat Abhiyan (Self-reliant India initiative) has been launched to make the country a trustworthy global supply chain hub.
“The economic shock of the pandemic was countered by a massive fiscal and monetary support package. Liquidity was injected into the system through a stimulus package amounting to USD 408.7 billion,” he said.
“This is equivalent to about 15 per cent of India’s GDP making it among the largest economic packages in the world. Special attention is given to vulnerable sectors such as MSMEs,” he added.
Listing various measures to boost economic growth, Shringla said private sector participation has been given a big push in eight areas: coal, minerals, defence production, civil aviation, power distribution, social infrastructure, space and atomic energy.
He also said that the business ties between India and the UAE are witnessing rapid strides. “UAE investments in India are today estimated to be around USD 17-18 billion. These span a number of areas including energy, ports, logistics and infrastructure. We are committed to addressing issues raised by UAE investors,” he said. (PTI)
Referring to expansion in defence ties between the two sides, he said joint ventures in the defence sectors can be explored.
“Going forward, we are sure that we will do more business in sectors like infrastructure, food processing, health security, renewable energy and the start-up space,” Shringla said. (PTI)