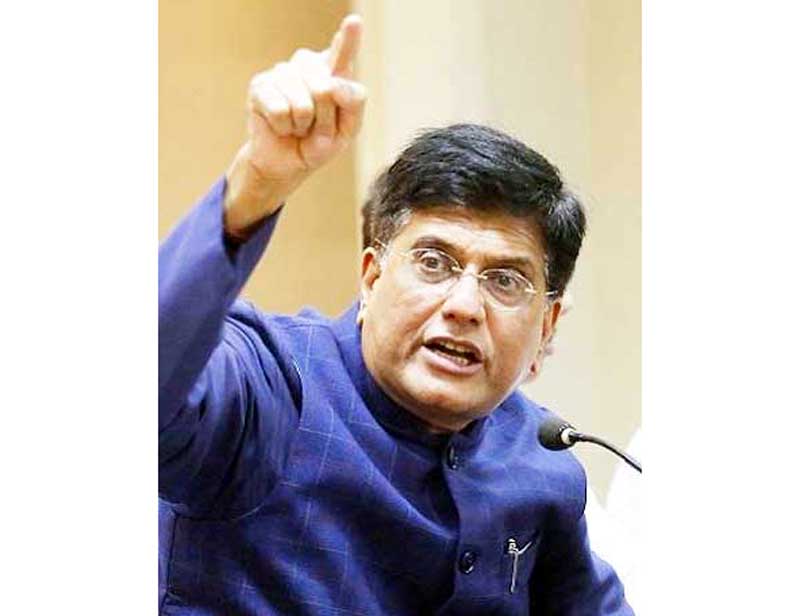 DAVOS, Jan 23: Asserting that the Indian economy is well-poised to take off, Union minister Piyush Goyal on Thursday said there is a lot of enthusiasm for making investments in the country.
Speaking at a session at the World Economic Forum (WEF) annual summit here, the Commerce and Industry Minister also said the Government will hold discussions with Britain and European Union on free trade agreements.
Britain is set to leave the European Union by end of January.
“… Things have once again started showing an uptrend… Economy is well poised to take off from here,” Goyal said.
According to him, the enthusiasm to make investments in India is infectious.
At least four or five companies have said that more than 50 per cent of their total workforce would operate out of India in the coming years. Some of them are big names, he noted.
On RCEP, Goyal said it was an “unbalanced trade agreement, which was really not fulfilling the guiding principles on which RCEP started about eight years ago, therefore India chose not to participate in it”.
Out of the RCEP countries India already has bilateral trade agreements with ASEAN 10 with Japan and Korea, we are close to concluding negotiations with Australia which we have restarted now and in the next 6 to 8 months we are can close a bilateral trade partnership with Australia, he said.
“RCEP was effectively becoming a free trade agreement between China and India. I don’t think India is ready to engage unless we see open government, better transparency, regulatory practices being followed, and a greater market access for Indian goods and services on a reciprocal basis,” he said.
Speaking at a session on ‘Strategic Outlook: India’ at the WEF 2020 here, Goyal said “trade negotiations are very complex issues. You do not negotiate trade with deadlines and in a hurry”.
Asked about the credit crunch in the Indian economy, State Bank of India Chairman Rajnish Kumar said he believes the credit market will be back to stability and normalcy soon.
“There has been a series of steps… Bank recapitalisation has happened, PSU banks, which control about 60 per cent of the assets in the country are returning to profits…”, he said.
He further added that the course correction that was required has happened and banks are much more cautious than what we were earlier.
He further stressed that “we are ready to lend”. (PTI)