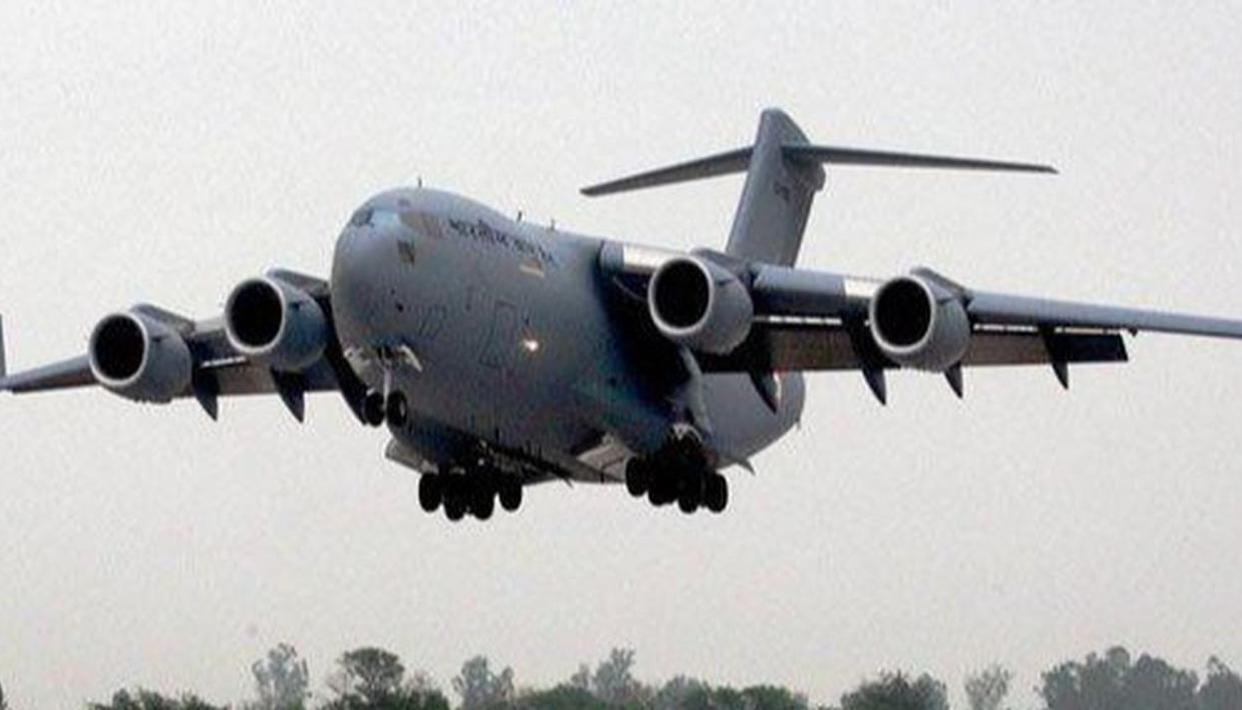 BEIJING, Feb 24: China on Monday said Indian and Chinese officials were in “communication” over the delay in grant of permission to India’s special flight carrying medical supplies to Wuhan and to evacuate over 100 Indians stuck in the city worst affected by the novel coronavirus outbreak that has claimed over 2,500 lives.
India has announced its plan to send Indian Air Force’s biggest plane C-17 Globemaster with medical supplies to China and to evacuate remaining Indians numbering over 100 from China’s coronavirus-hit Hubei province.
It has also offered to evacuate nationals from the neighbouring countries, depending on the space availability.
“Competent authorities of the two countries have maintained communication and coordination on this matter,” Chinese Foreign Ministry said in reply to question over the delay in granting the clearance for the plane.
The brief reply did not say when the flight will be cleared.
The Chinese Foreign Ministry’s fresh statement came after the two countries were locked in a verbal spat over the delay for the special flight from India to bring the stranded Indians home.
The plane is carrying medical supplies to China for relief operations to Wuhan as well as to evacuate remaining Indians.
Indian officials earlier said the flight was delayed as it had not received permissions from the Chinese government.
Chinese Foreign Ministry spokesman Geng Shuang in his online media briefing last Friday denied any delay but did not provide any reason for China not granting the required permission for the flight go to Wuhan.
On Sunday, the Chinese embassy in New Delhi said “Chinese side always attaches great importance to the health and safety of Indian nationals in China, and provided assistance and convenience for the return of Indian citizens”.
“The current epidemic situation in Hubei province is complicated, and the prevention and control of COVID-19 has entered into a critical stage. We are carefully assessing ground situation, as prevention work requires. Competent departments of the two countries are keeping communication and coordination in this regard. There is no such thing as China deliberately delaying granting flight permission,” it said.
Meanwhile, over 100 Indians stuck in China’s central Hubei province have been anxiously waiting for the arrival of the special flight from India to evacuate them.
The Indian embassy in Beijing has informed them that the delay is due to lack of clearance from the Chinese government for the plane. India has operated two Air India special flights to Wuhan, the provincial capital of Hubei, the epicentre of the COVID-19 early this month and evacuated 647 Indians and seven Maldivians.
The death toll in China’s novel coronavirus has gone up to 2,592 while the number of confirmed cases increased to more than 77,000, officials said on Monday.
Hubei province and its provincial capital Wuhan, the ground zero of the virus, continued to bear the brunt with 149 death while one person died in Hainan Province, it said. (PTI)