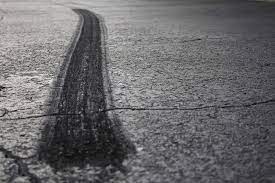 Washington, Nov 26: An Indian-American-led company has received USD5 million in funding to develop and manufacture path-breaking ‘zero-pressure’ tires for the US Army, it said in a statement.
The Ohio-based American Engineering Group (AEG), headed by Kerala-born Abraham Pannikottu, has developed an innovative carbon fiber pressure zero tire technology, which the Pentagon now wants it to manufacture for its armed forces, the company said on Friday.
The first pressure zero tire will be delivered in 2023, AEG founder and CEO Pannikottu said.
AEG said it has received the award for the Department of Defense project to manufacture carbon fiber tires that will continue to run even after being shredded by roadside bombs or gunfire.
Though military vehicle tires are now equipped with run-flat inserts, the DOD wants to upgrade to a zero-pressure tire as it can carry heavier loads and help move soldiers quickly out of harm’s way.
The new AEG Zero Pressure Tire will withstand a minimum speed of 50 mph for 300 miles once it’s punctured, the statement said.
Though military vehicles outfitted with “run-flat” tires are supposed to travel at least at 30 mph for 30 miles (the minimum DOD requirement), field performance of current run-flat tires hit by roadside bombs were reported to be much lower, it said.
According to AEG, the Pressure Zero Tire has been around for a long time, with major drawbacks such as bumpy rides and overheating. The company said its prototype dissipates heat and has the tire flexibility and strength to support the heavy military pick-up weight while providing a relatively smooth ride, it asserted.
“Defence vehicle weight requirements are increased so much that the current tires cannot support the load and the DOD wants to create a tire that extends the mobility of the vehicle as well as the survivability and maintainability, that is where AEG’s new zero pressure tire comes to rescue,” the company’s president and community leader Dr. Thomas Abraham said.
AEG has a patent and a trade mark for the Zero Pressure Tire technology, the statement added. (PTI)