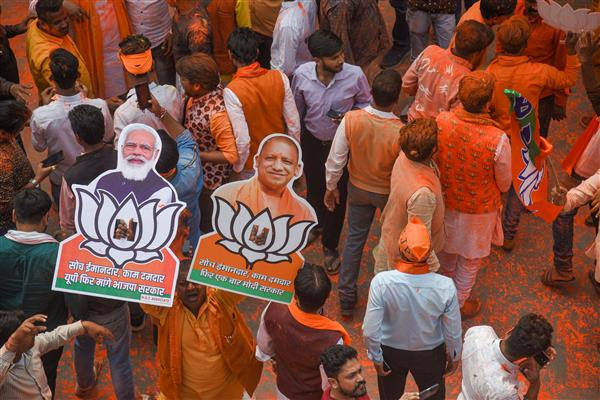 WASHINGTON, Mar 13: An Indian-American body celebrated the BJP’s victory in the recently concluded state Assembly elections particularly in Uttar Pradesh, saying it is the result of the good work done by the party in the country and these states.
“It is a historic win for the BJP in Uttar Pradesh, where after 37 years, voters have re-elected the same party back. This shows the people’s trust in Chief Minister Yogi Adityanath and his governance. This is an endorsement of Prime Minister Narendra Modi’s pro-poor, pro-farmer and pro-development policies,” American India Public Affairs Committee president Jagdish Sewhani said.
Sewhani organised a victory celebration in New York over the weekend. Similar events have also been planned in other cities of the US, including Washington DC, Houston, Los Angeles and Atlanta.
“We have won the semifinals with landslide because people have faith in Modi and Yogi. I am confident that voters in India will re-elect Narendra Modi in 2024 with a much bigger margin,” he said.
Other speakers said the voters have rejected the politics of dynasty, policy of appeasement and corruption, and have voted for development and good governance.
Of the five states in India where the Assembly polls were held, the BJP stormed back to power in Uttar Pradesh, and also retained Uttarakhand, Manipur and Goa. The AAP won in Punjab. (PTI)