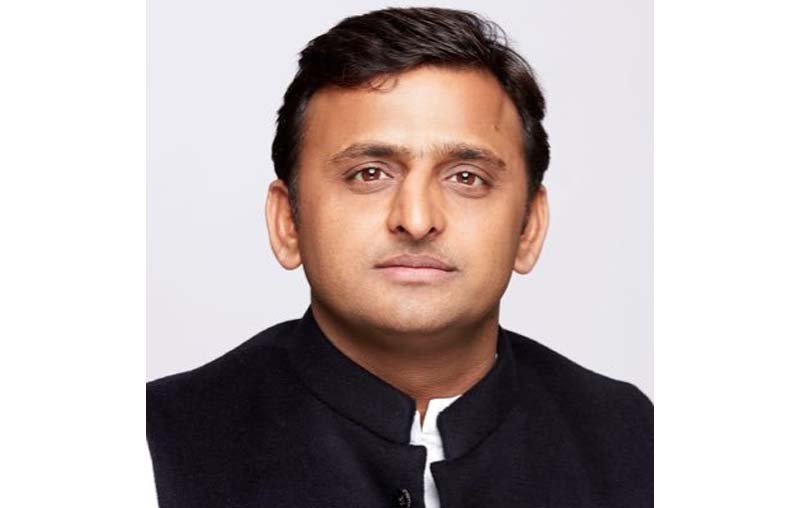 Lucknow, Oct 17: Samajwadi Party president Akhilesh Yadav Sunday attacked the BJP government over India’s poor rating in the Global Hunger Index, saying the country trails Pakistan, Nepal and Bangladesh as the government “did not make the required efforts” to mitigate the problem of hunger.

The former Uttar Pradesh chief minister also flayed the BJP government in the state over several issues including those related to farmers and price rise, saying the state needs a ‘yogya’ (competent) government and not a Yogi government.

Speaking to reporters at the party’s headquarters here after former Uttar Pradesh Bahujan Samaj Party chief RS Kushwaha and ex-MP Kadir Rana joined the SP, he alleged the BJP “has no work to do” aside from changing names. “It believes in filling up pockets instead of potholes.”

“Uttar Pradesh needs a ‘yogya’ (competent) government and not a Yogi government,” he said.

“As far as the Global Hunger Index is concerned, India, which was moving ahead, and was to fight the hunger, but the government did not make the required efforts. As a result, India is trailing Pakistan, Nepal and Bangladesh,” he said.

The government has, however, rejected the report questioning the methodology used to arrive at the rankings.

Yadav reiterated his party’s demand for a caste census, and said that when the Congress was in power at the Centre, Netaji (Mulayam Singh Yadav), RJD chief Lalu Prasad Yadav and Sharad Yadav had demanded that a caste census be done.

“At a number of places, the price of petrol has crossed Rs 100 per litre, and the public is forced to buy everything at a higher price. The prices of diesel and LPG cylinders have also increased. Do they have any answer to this?” he said.

He also attacked the BJP over Samajwadi Party MLA Nitin Agarwal filing nomination for the deputy speaker’s post in the Uttar Pradesh Legislative Assembly with the support of the ruling party.

He also rubbished claims of factionalism in the Samajwadi Party and claimed the BJP will not give tickets to 150 MLAs in the 2022 polls.

Yadav had earlier said the SP will win 400 out of the 403 seats in the UP Assembly. He termed the BJP government “anti-farmer”.

“Both the UP government and the Centre have deceived (people). The truth is that no one has got a job,” Yadav said. (PTI)