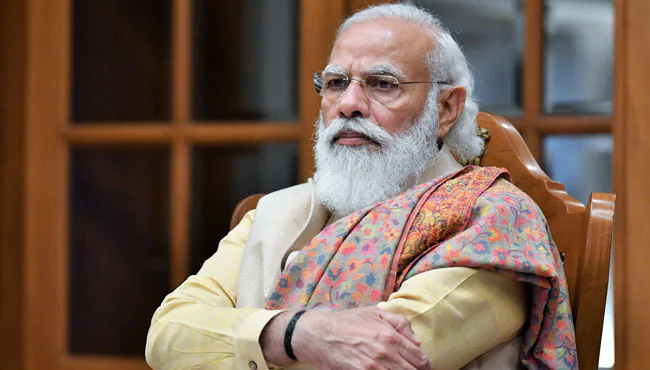 New Delhi, Sept 16: India is all geared up to attend the SCO summit in Dushanbe, scheduled to be held in a hybrid format. The Council of the SCO Heads of State (CHS) is the highest decision-making body in the SCO, which meets for annual summits in member countries by rotation.
Prime Minister Narendra Modi will be leading the Indian delegation in a virtual format, while External Affairs Minister (EAM) S Jaishankar will participate in person. Chinese president Xi Jinping and Pakistan Prime Minister Imran Khan are also set to attend the meet.
India’s emphasis at the meet is to discuss counter-terrorism; economic cooperation; regional developments, especially Afghanistan, according to informed sources.
In June this year at the meeting of National Security Advisors of the SCO, India’s National Security Advisor Ajit Doval had proposed an action plan against Pakistan-based terror groups Lashkar-e-Taiba (LeT) and Jaish-e-Mohammad (JeM).
Afghanistan is also expected to dominate deliberations at SCO meet. While China and Pakistan have been supporting the Taliban regime, India is on a wait and watch mode. India has demanded that there should be an inclusive government that represents all sections of society, the safety of minorities, rights of women and children need to be protected.
In the context of Afghanistan, India is also expected to highlight the imminent threat from the potential use of Afghan land by anti-India terror groups.
Informed sources said that agenda items on the SCO table are the current politico-security situation in the region, especially Afghanistan; the fallout of the pandemic; expansion of membership of the organisation (full member/dialogue partner/observer status); multilateral economic cooperation; people-to-people exchanges; and also other topical issues of regional and international importance.
This is the 4th Summit in which India will participate as a full-fledged Member State. This Summit is significant as SCO celebrates the 20th anniversary of its foundation in 2021 and Tajikistan marks 30 years of its independence.
“Central Asia is pivotal to India’s interest in the region with millennia-old historic and civilization ties. Our areas of interest in the SCO: counter-terrorism; economic cooperation; regional developments, especially Afghanistan,” said sources.
Earlier, India chaired the 19th Meeting of the SCO Council of Heads of Government (CHG) in the virtual format in November 2020.
A “new SCO Program of Multilateral Trade- Economic Cooperation (2020-2035)”, was approved under India’s chairship that outlines the main areas of cooperation such as trade and investment, banking and financial cooperation, transport and logistics, industry, digitalisation, agriculture, energy, innovation, spatial development, education, tourism and environment.
As a part of its Chairship, India took initiatives in the areas of Start-ups and Innovation, Science and Technology and Traditional Medicine, and also organised SCO Young Scientists Conclave, the first-ever Consortium of SCO Economic Think Tanks, the first-ever SCO Start-up Forum, the first-ever SCO Digital Exhibition on Shared Buddhist Heritage by the National Museum, and the translation of 10 classics of Indian regional literature into Russian and Chinese languages. (Agencies)